An exclusive interview with Lucy Dahl

Disclosure: #TheBFGBluRay event was hosted by Disney. Highlights Along the Way is a participant in the Amazon Services LLC Associates Program, an affiliate advertising program designed to provide a means for sites to earn advertising fees by advertising and linking to amazon.com.
Share
Tweet
Pin
0 Shares 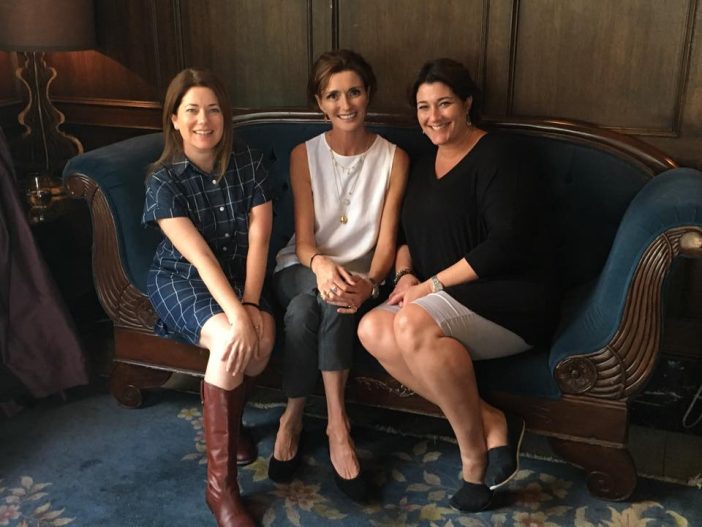 The BFG recently became available on Blu-Ray and DVD.  If you missed The BFG in theaters I highly recommend checking it out in the comfort of your own home!  The BFG is a movie directed by the legendary Steven Spielberg based on the classic children’s novel by the same name.  The BFG was written by the talented writer Roald Dahl.  Today I am sharing interview highlights from our lunch with Roald’s daughter Lucy.

“It was really amazing growing up with Roald Dahl as my dad because everything was a fairy tale.” Her dad worked out his stories with her family first, before they were ever written down. Lucy said that The BFG was real to her, that he helped her and her sister go to bed every night long before it charmed readers around the world.

“The BFG is real to me.  He lived under our apple orchards which was beyond our garden, and every single night, he would blow dreams into my sister and my bedroom. Dad would tell us a story about some idea he was brewing.  Sometimes it was about the BFG, sometimes it was about some other thing that he was thinking about……..  We just thought it was a story  and then even in the middle of winter, even if it was snowing outside or blizzarding, or whatever, we would always have to leave our little old bedroom window open a crack and our bedroom was tiny……after he told us a story, he would say goodnight, and we would lay there and we would wait for the BFG to come and blow dreams into our room.  It wasn’t long, and this band with stick would come to Ophelia first and then it would go this way and I would get my dreams and then it would retract and then that was just it for years and years and years while we were young….”

She shared so many things about her childhood.  Her mother was often in America as she was a famous actress at the time. Much of the parenting responsibilities fell on her father. The memories she shared showed that he took the extra step to make every day things magical.  When he would go to Harrods in London he would bring home specialty items as many people would.  Her dad wouldn’t just bring home treats, everything had a story. Quail eggs were gifts from the “MinPins” MinPins, she explained were little people that lived in the woods beyond the orchard. Duck eggs were from The BFG. Unlike most parents who would just tell their kids to try something new, Dahl would make up a story about foods being a gift from the queen; they of course would never turn that down.

When The BFG was just debuting in theaters I had the opportunity on another blogging trip to meet Steven Spielberg.  Lucy Dahl seemed to think Spielberg was just as charming as we did! She said he treated her like “A queen” which she did not expect. She said that other than Giant Country (which was not a part of her personal BFG story) the set was exactly as she imagined it “He literally took me with him all day everywhere he went and showed me everything and it was really the most incredible experience ever….. it was so true to how it was in my imagination and in my mind that it was just incredible. I felt really like my father was walking around with me around the set as delighted as I was.”

Listening to her speak of her father, her upbringing, and then seeing the movie come to life was so exciting.  It is honestly a little bittersweet to hear her share and know that Roald Dahl never got to see the movie on the big screen.  She said it was disappointing that so few people saw the movie in theaters, but perhaps it is perfect for enjoying at home with family.  I completely agree.  The BFG is a sweet movie with a message that is perfect for the holiday season.

Check out the trailer of The BFG below….

Grab your copy of The BFG below! It makes a perfect holiday gift!