Disclosure: I attended a behind the scenes press event, all expenses were paid - but this is not a compensated post. Opinions are my own.
Share
Tweet
Pin
0 Shares 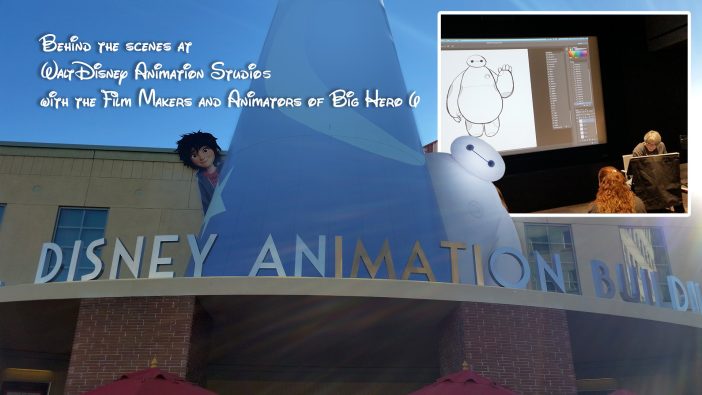 It is hard to say what was most exciting about the Big Hero 6 blogger press trip, it was all pretty fantastic, but my very favorite was speaking with the film makers and a drawing demo with Disney Animator Jin Kim.  Being able to be part of so many Big Hero 6 interviews was kind of a dream come true. Some of you know I have a thing for Disney, not just animation, but Disney specifically.

Animation from just about any studio speaks to me in a way few other art forms do, but Disney is where it all started.  Disney artists and film makers over the years have continued to story tell like nobody else.

I have visited a few animation studios, but I haven’t been to Walt Disney Animation in quite some time, and I was excited to be back.  The first time I went to Disney I was 17 – a friend of a friend’s brother in law happened to be a Disney Animator.  My hope at the time was to be a Disney Animator when I grew up and this guy was kind enough to not only give my mom and I a tour of the studio but also set me up with classes I could take while still in high school, and mentored me for the year and a half that I lived in LA.  Ultimately, LA didn’t work out for me – I just hated it.  Other than being on the Disney lot and in art classes I just couldn’t handle it and as many of you know I packed it up and came back to San Diego.  I got the world’s most useless degree (Studio Art) with a hope that someday I would add on an Art History or Interior Design degree.  It’s been 13 years so I am not sure if and when that is going to happen.  Every time I step into an animation studio I am like “I need to go back to school for animation” because there is seriously nothing professionally that stirs up my heart the way that animation does.  I’m not sure how that is going to work considering I have this whole lot of kids and a husband and roots in San Diego, but I sure feel blessed to have the opportunity as a Disney and Entertainment blogger to get behind the scenes from time to time.  Anyway, I could go on and on about my Disney geekiness – but I will just tell you about our experience this time instead. 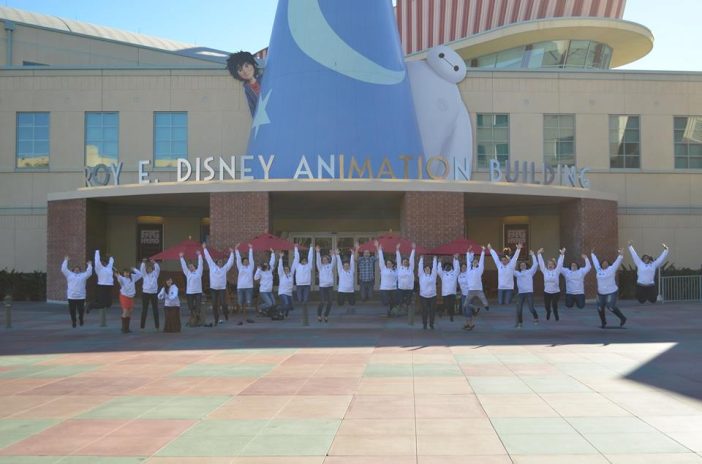 Before going in we all lined up in our Baymax sweatshirts and jumped for joy of the excitement of Walt Disney Animation Studios Day! 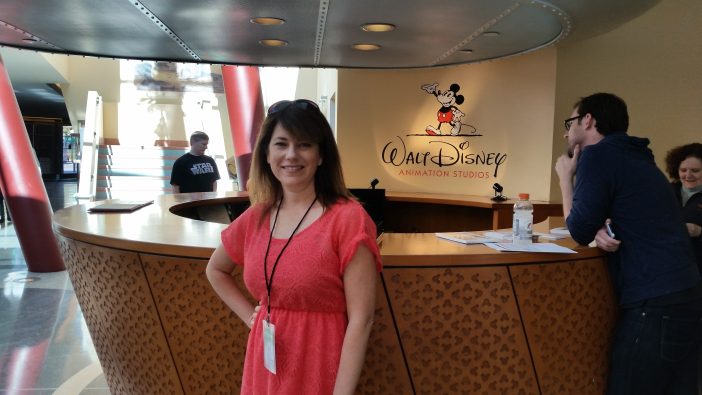 I have to show you our access badges – I mean, how cute is that you guys? 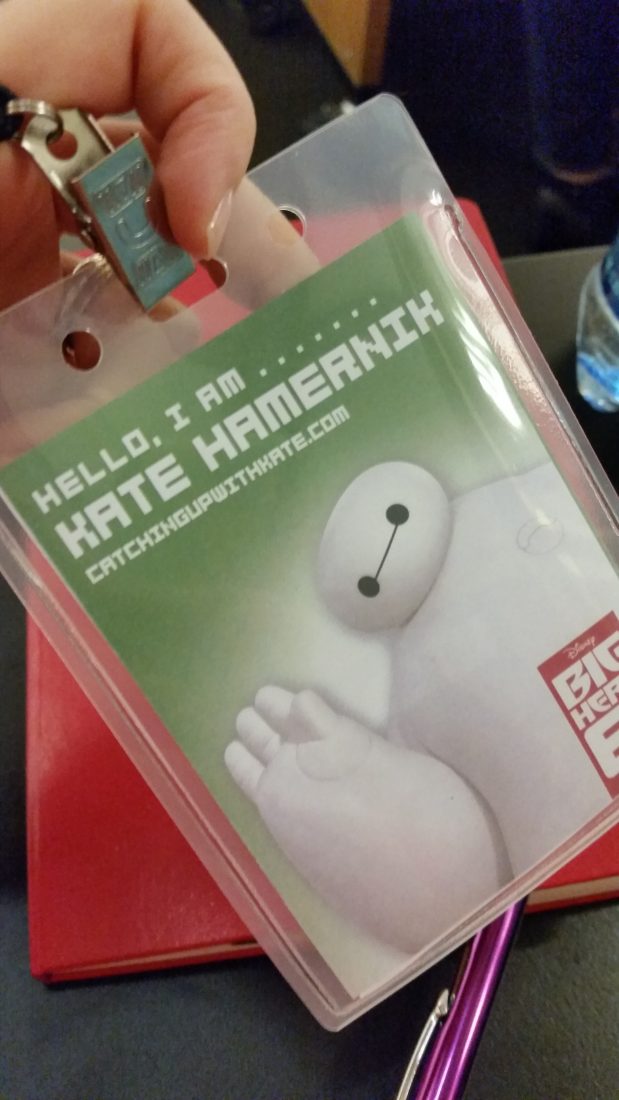 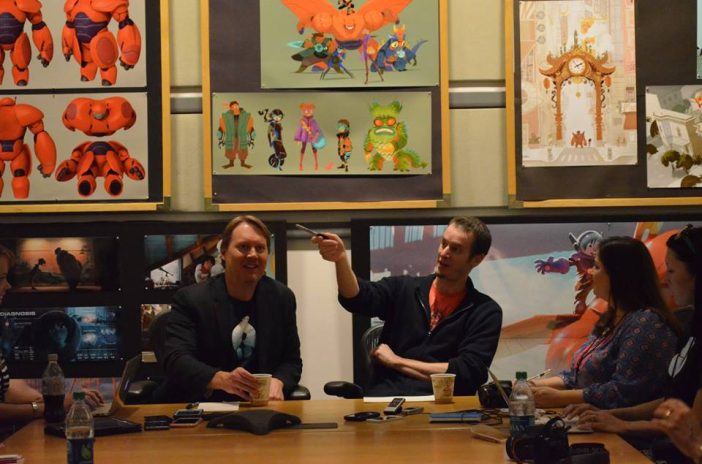 They shared with us that Big Hero 6 was a bit of a ‘dark horse’ when it was pitched over 3 years ago which I can barely believe.  Big Hero 6 is such an awesome story for kids and adults, boys and girls – I just can’t believe it was ever anything but an automatic green light.

I loved seeing the concept art all over the walls. 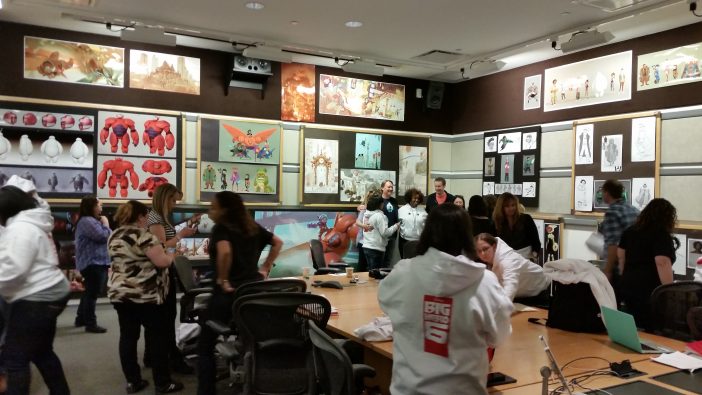 It is so interesting to me to hear story tellers talk about a movie and how characters develop over the years.  It is as if these are members of their family. I think this is why Disney animated movies are so rich.  Directors, artists, and writers are so emotionally invested in their characters. 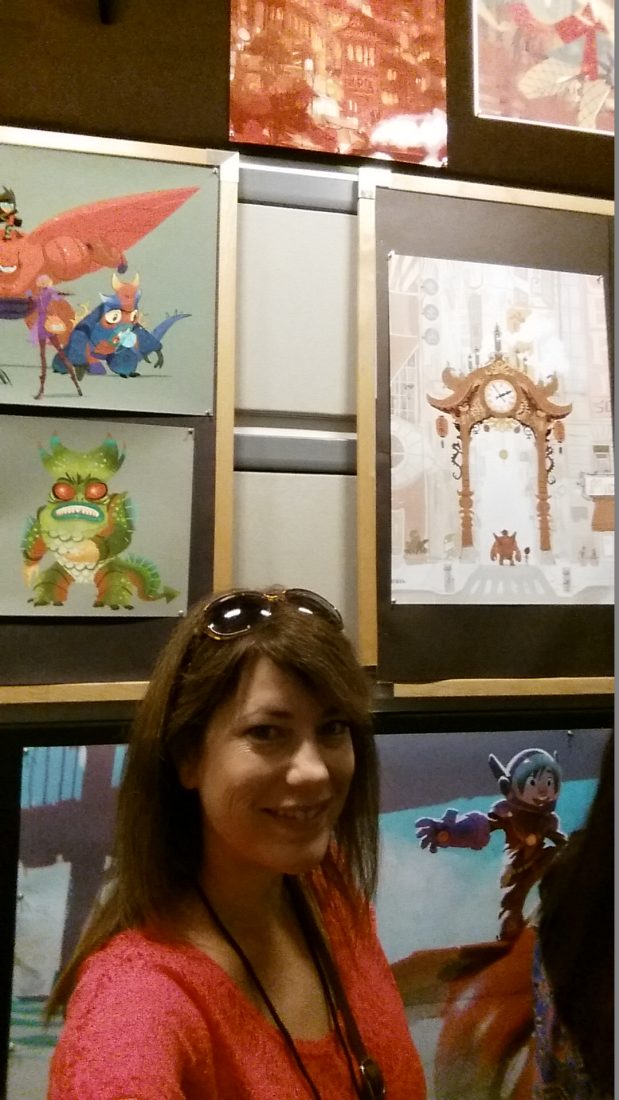 They talked at length about how Big Hero 6 is primarily a story of loss and overcoming loss. They shared how Baymax serves as a surrogate brother for Hiro.  I think that is why we (the audience) love him so much.  I mean, Baymax is a robot, a non living computer – but we love him. 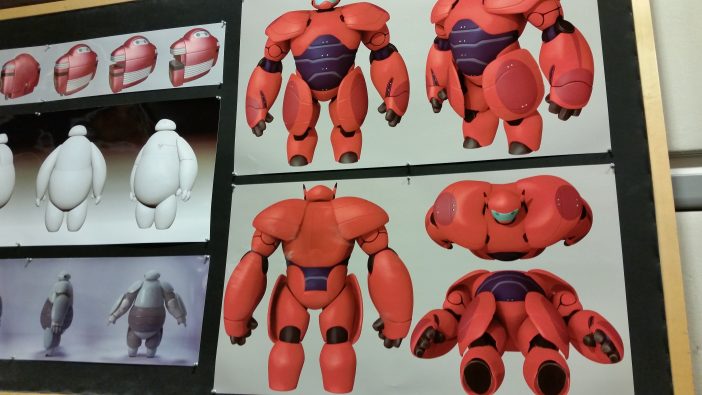 We love how he takes care of Hiro and comforts him.  Nobody can replace the person Hiro lost, but Baymax helps him heal in a way I don’t think any other human can.  Baymax isn’t just a balloon robot, he is kind of a life saver. 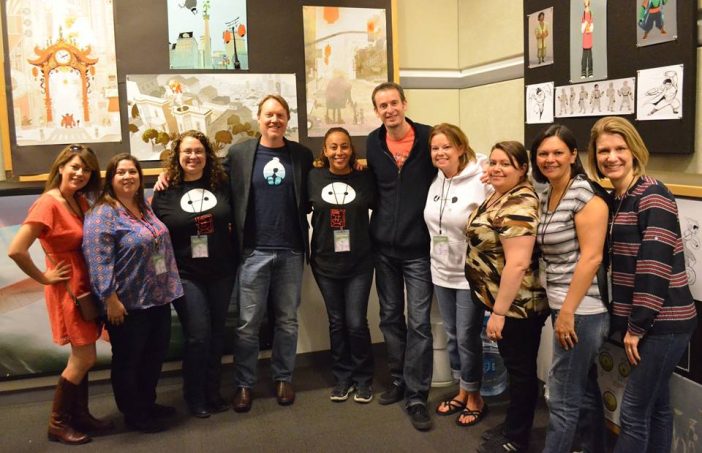 After speaking with the director we also got to spend some time in an art lesson with Disney Lead Animator Jin Kim.  It was one of those moments where I kinda wished I could call 16 year old me and let her know.

Jin Kim talked about designing characters and before our eyes drew both Baymax and Hiro. This honestly was my favorite moment of the Big Hero 6 interviews. 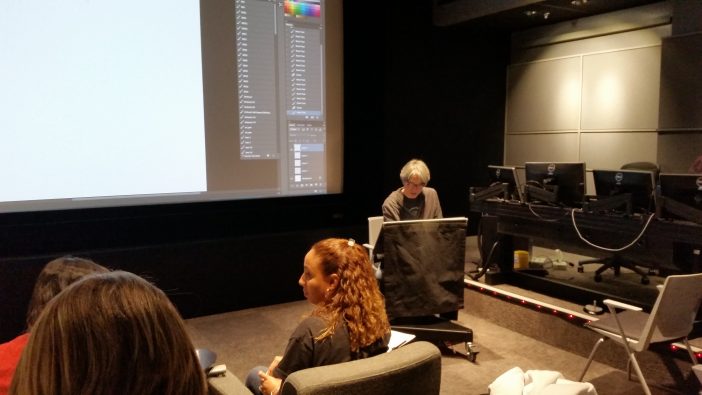 He also took us step by step through drawing Baymax.  We all had little lap easels and pencils without erasers. 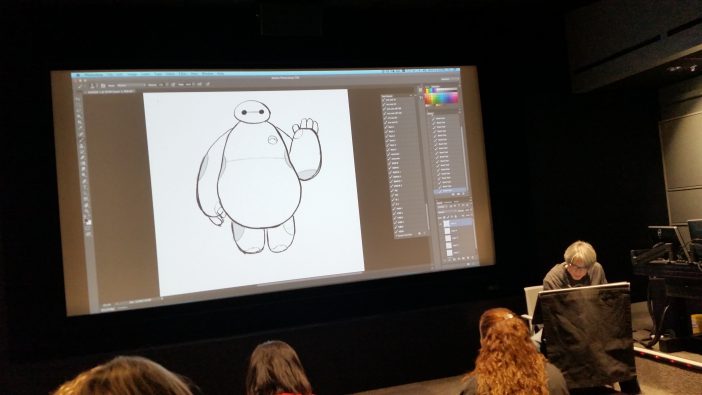 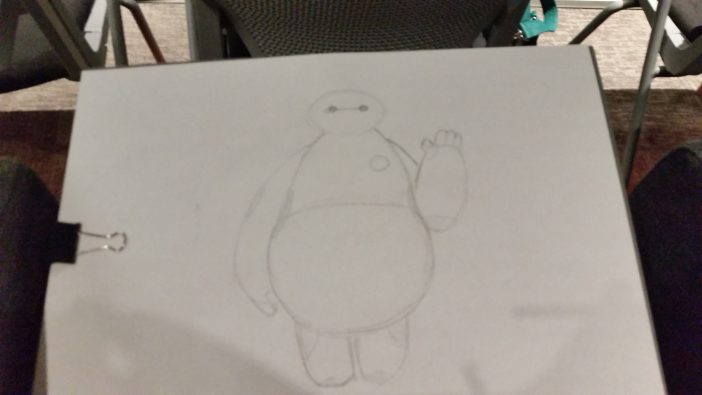 And here is Jin Kim’s drawing – it was just a few minutes. We were all in awe! 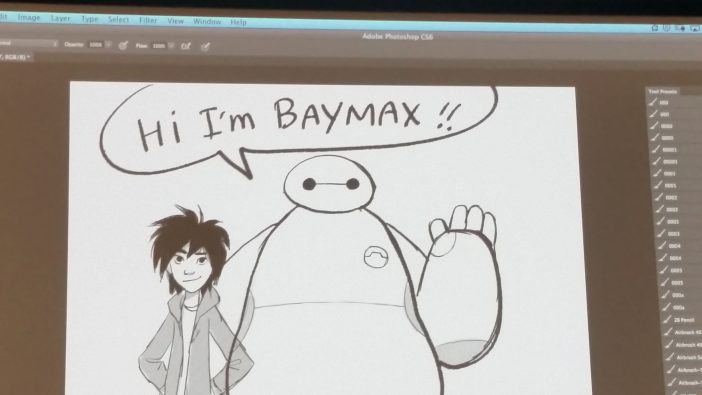 Big Hero 6 is in theaters now and if you haven’t seen it already I dare say you are a crazy person.  I can’t wait to share more behind the scenes awesomeness later this week!  Check out these fun FREE Big Hero 6 Printables (they are for kids, but I am not gonna lie – I enjoy them too!).