Star Wars : The Last Jedi opens in theaters on December 15th. Star Wars fans across the globe do not have to wait much longer to see what is next for the series. I am so excited to share that while at the Star Wars Press Conference I was able to interview several actors from Star Wars : The Last Jedi. Today I am thrilled to share the highlights of our spoiler free interview with Gwendoline Christie who plays Captain Phasma.

Gwendoline was excited to share about how her character develops a bit from what audiences remember of her in The Force Awakens.

“In the first film, Phasma is an enigma, isn’t she? She’s a mystery. She turns up out of nowhere; she has this very confrontational, threatening presence, and that’s sort of compounded or emphasized by what she’s wearing; this suit of armor which is entirely practical….. So we do see more Phasma in the film, and what we see is her resilience, her need to fulfill an overriding sense of revenge, and we see something that we don’t commonly see in female characters which is that we see this- and it manifests itself in different ways, this violence that comes from deep within her. And, and that’s something I find interesting about this character is that women are not conventionally supposed to have a violence that comes from deep within.”

We are hooked already, right?! 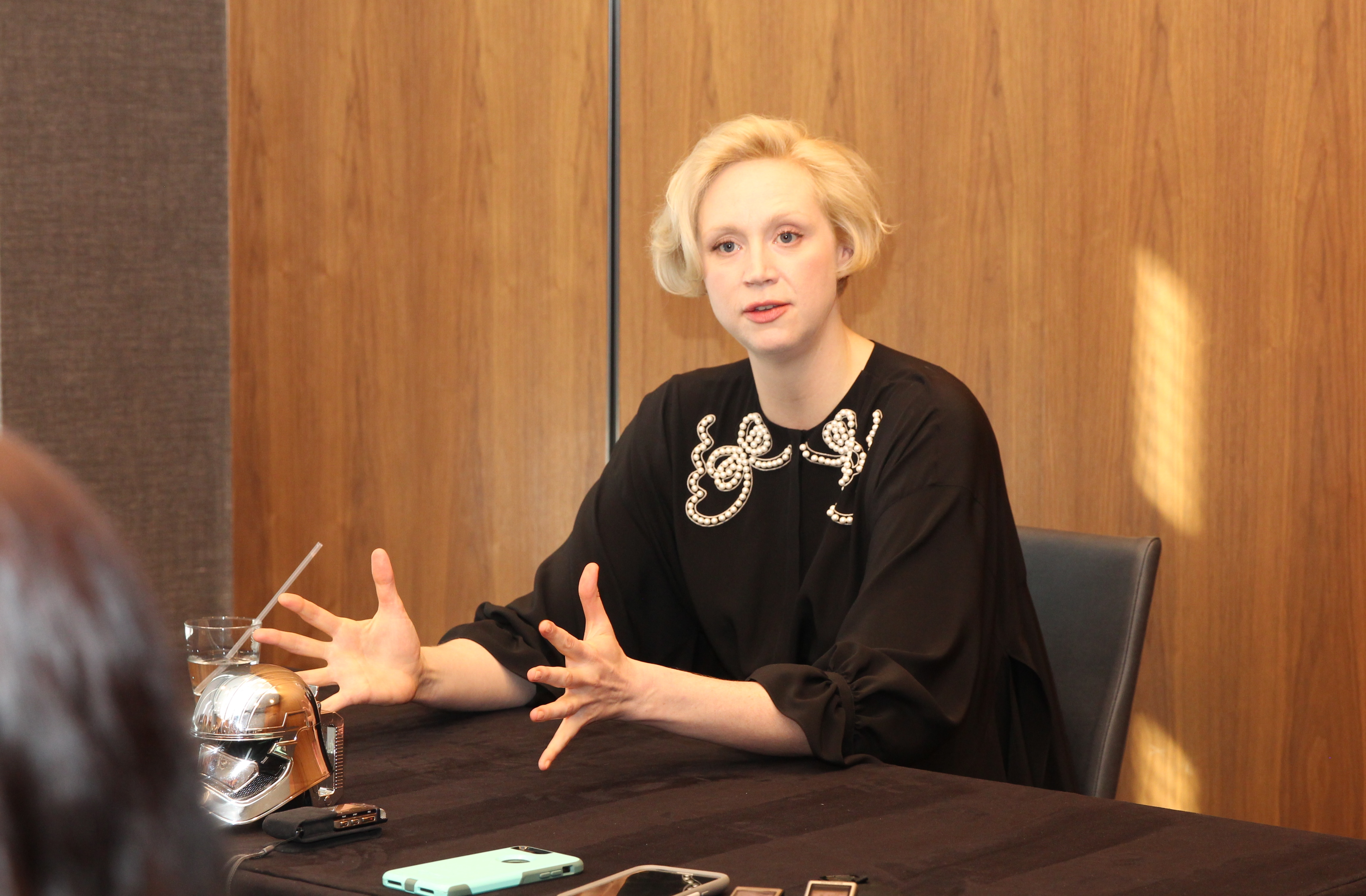 Of course we could not speak with Gwendoline Christie and not compare a bit to her work on Game of Thrones.

Speaking of armor she puts on : “Those two occasions, and not before, and potentially not since these roles will I be pushing armor again. But there’s something about Brianna Toth in Game of Thrones when we first saw the character in season two, in the book she was described as Brianna the Blue. The armor was all blue. But the brilliant Michele Clapton, the costume designer, and I love this idea that she had, that she wanted the armor to be cobbled together pieces that Brianna had found and put together so she could have a suit of armor…. it was a literal representation of her building herself; of her self-creation. And then of course, Jaimie Lannister gives her the Couture blue armor; the whole outfit. There’s something about it, Michele has so beautifully designed that, but Michael Kaplan who designed Captain Phasma’s costume is someone that I had absolutely always loved his work.

He worked on the original Blade Runner, so I was aware of who he was and the work that he’d done, and it’s just so shiny. Who couldn’t resist something as shiny as that? I don’t ever like to make preferences, but I think in this case, it has to be Captain Phasma.” 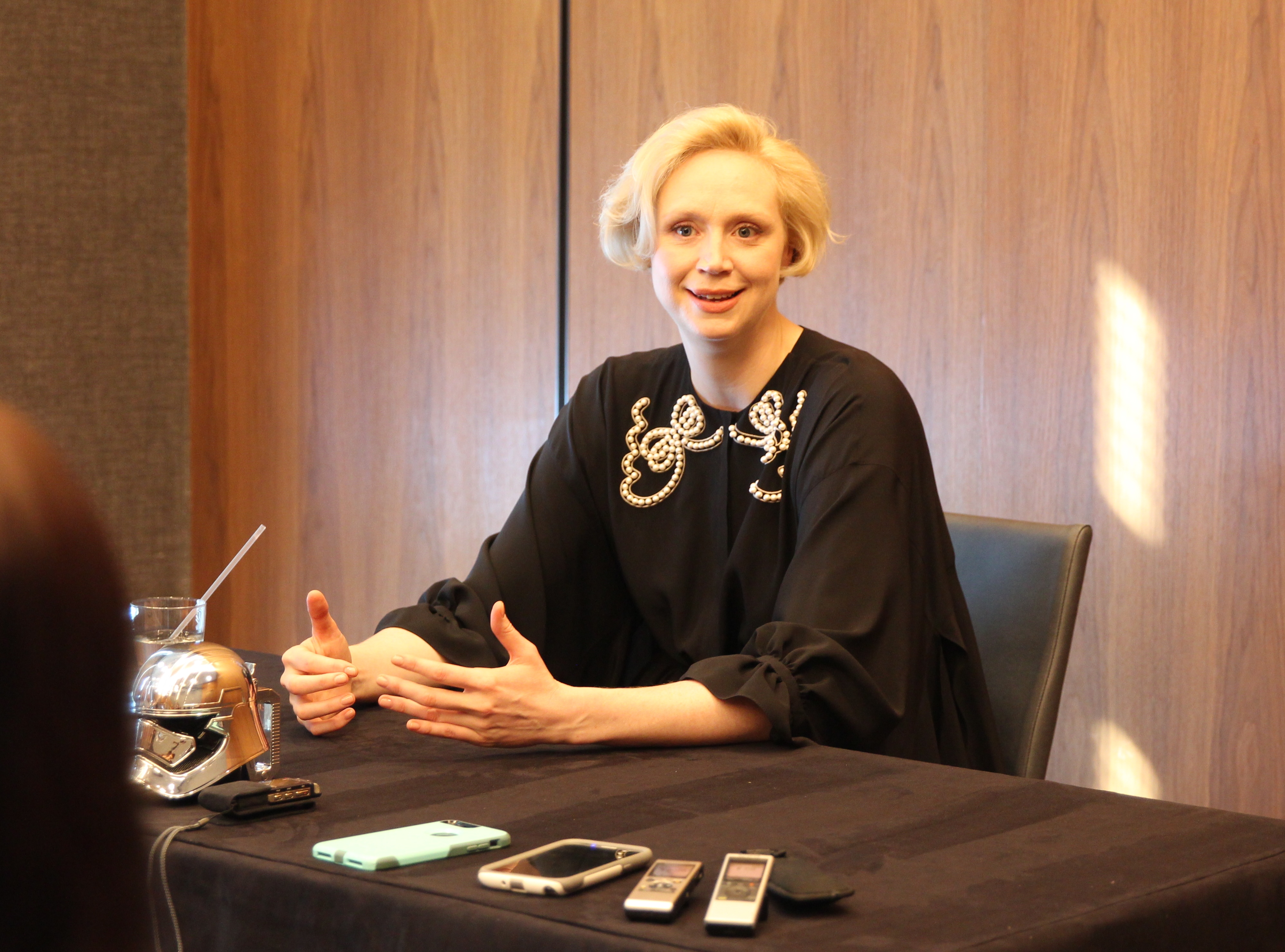 I have added the Star Wars Novel Phasma to my list because in our interview Gwendoline said she had just started reading and referred to it as “Brilliant.”

She was asked what kind of training went into her role as Captain Phasma. Gwendoline shared that she has the same stunt director who she worked with on Game of Thrones; C. C. Smiff. “…he’s the person that made me enjoy it; that gave me the spirit, to say, I’m gonna commit to this fully, so to be reunited on a Star Wars film, and to do something incredibly difficult, exceptionally difficult, and for him to push me to go further, and for him to be there.”

She went on to sing his praises by adding the following. “You know, he’s the person that helped to give me the courage in the first place, to say you can do more than you ever thought, physically, and to do it with a great deal of humor, and charm, and humanity. And he’s a man always sort of without ego, as well. I mean, what an amazing teacher, and to be reunited with him, and he’s also so brilliant about how he puts things together, and how they evolve about pushing you further, and in terms of your strength.” 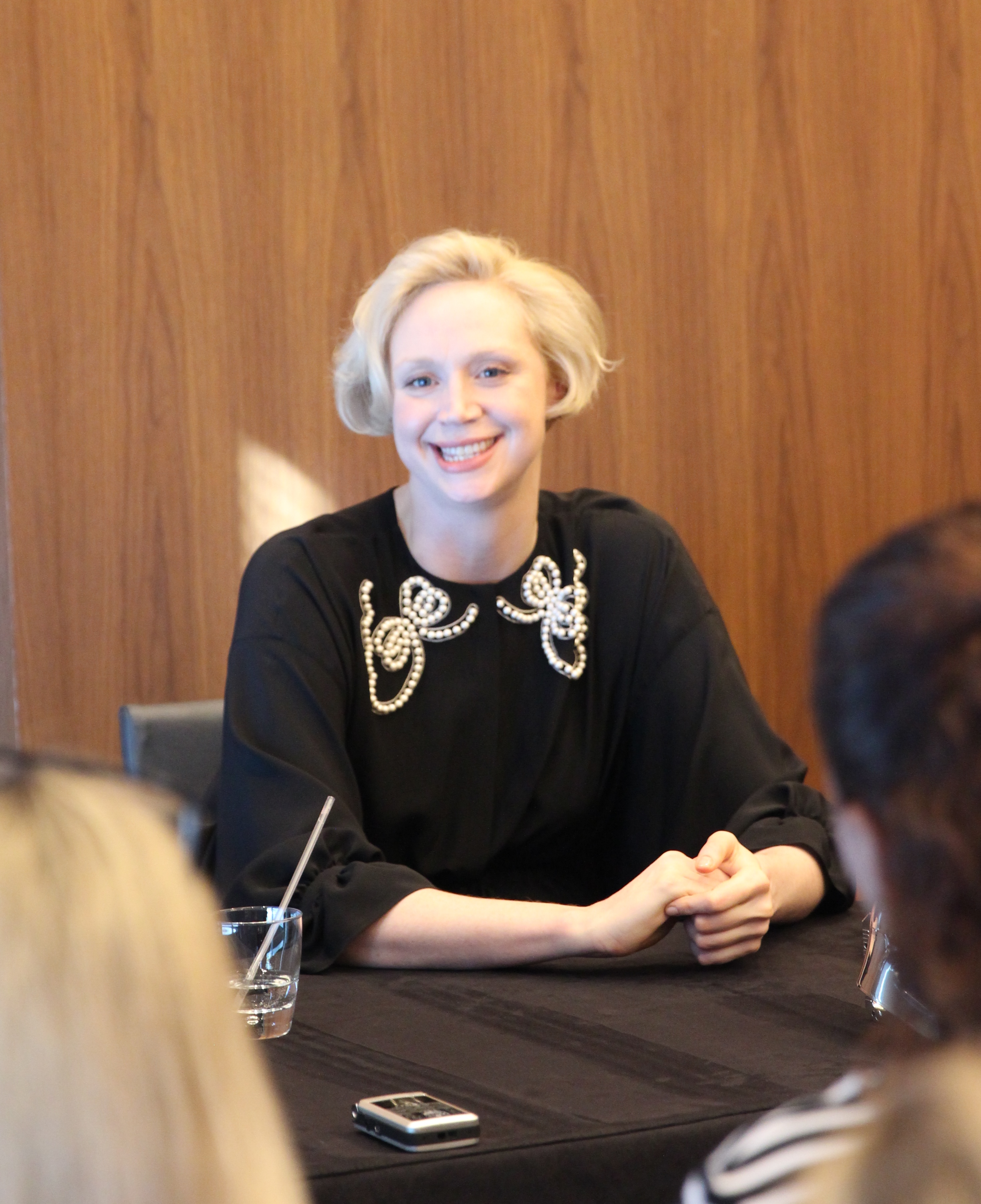 Question : “How did you mentally prepare yourself with the character because this is a very complex character. You could see it, and what did you add of yourself to it, to make it more human, or to make it more relatable?”

She answered with all the class and dignity. “Well, she’s a person. She’s a person, and you think about why people behave the way that they do. Often people that behave in a malevolent way, it’s because that at the base of it they’re fearful, and the fear overtakes them and it can manifest itself in a total loss of empathy. And that the total loss of empathy causes the person to only think about themselves and their own needs, and they’re own brain space becomes about their receives, how they feel attacked, and how they’re going to fight back.

And it also becomes about the individual rather than the needs of the group. And you know, when someone exists like that, it can be those that are liberty, and those that have spirit, and are unafraid to be who they are, that those people want to eradicate; that they want to hurt.  I’ve been lucky enough to be in Game of Thrones for a long time, I love the character of Brianna Toth whose got this incredible moral compass.

And it’s great to see an unconventional, you know, an unconventional woman be the hero, even for a moment. Even- and it is fleeting; even for a moment that the opportunity to play the opposite of that where someone like Brianna Toth has the strength, and it comes in, you know, it’s in every essence, every fiber of her being- someone like Captain Phasma, it’s in every fiber of her being- the need for ambition; the need for revenge; the need to be ultimate; the need to destroy.

A woman as a destructive force when women are seen as mother, whatever that means which is a multidimensional thing, I truly believe that inverted; the opposite of that fascinated me, and I felt like the opportunities were limitless.”

Gwendoline Christie truly inspired me that day and I am even more excited about Star Wars : The Last Jedi after hearing her speak.

Make sure to check out the trailer below and purchase your tickets through Fandango! Skip the lines ensure you have a seat waiting for you, and support our little site by purchasing through our links at no additional cost to you!

Thank you to Gwendoline Christie for taking the time to share with us about her role as Captain Phasma. 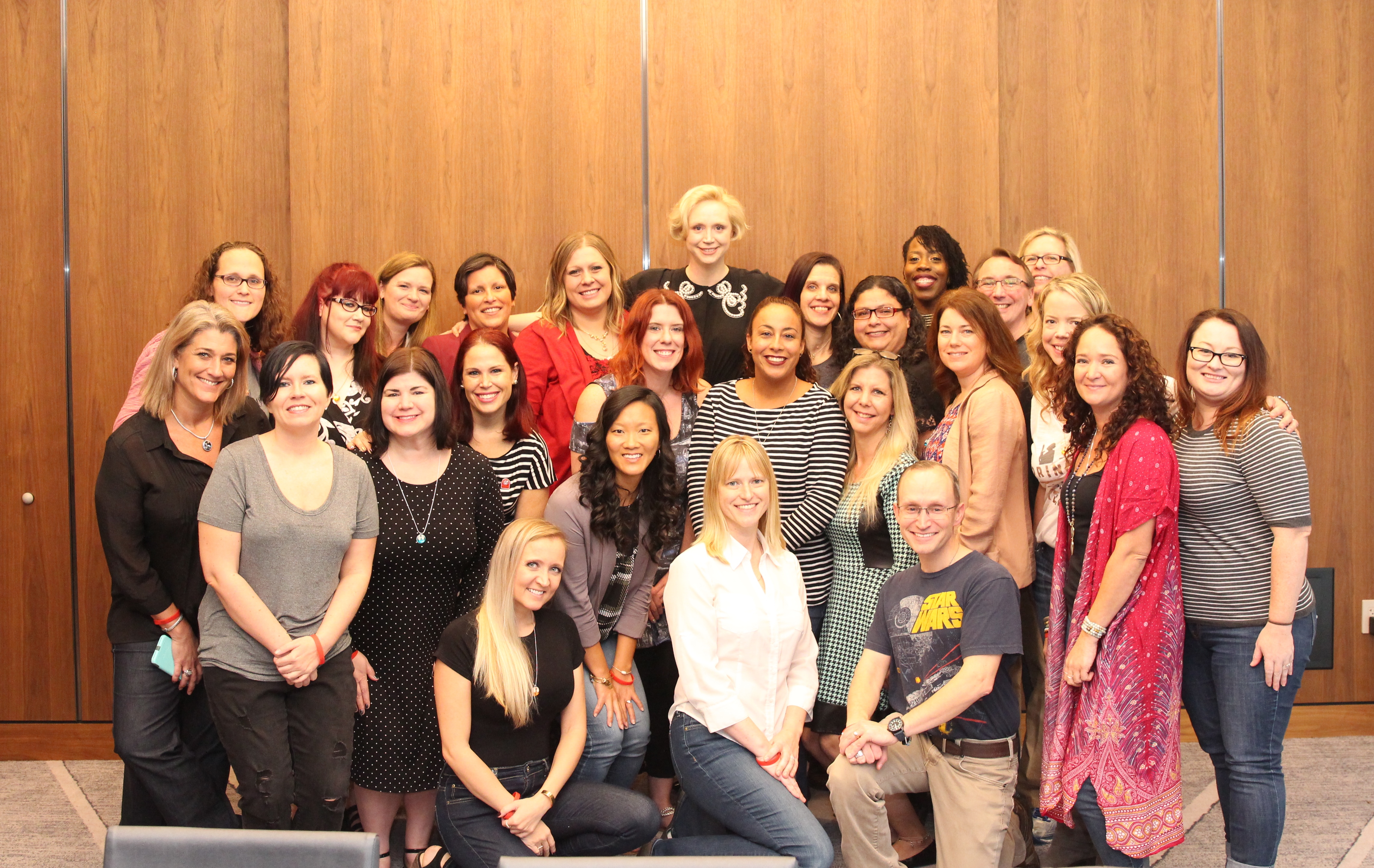