How to Train Your Dragon FREE Party Printables (Instant Download!)

Disclosure: This post is in partnership with Universal Pictures. This site uses affiliate links. Highlights Along the Way is a participant in the Amazon Services LLC Associates Program, an affiliate advertising program designed to provide a means for sites to earn advertising fees by advertising and linking to amazon.com.
Share7
Tweet
Pin312
319 Shares

How to Train Your Dragon : The Hidden World is flying into theaters everywhere on February 22nd.  This past week I was able to visit DreamWorks Animation Studios and get a sneak peek behind the scenes at DreamWorks Animation.  Anyone who has been around here for long knows that my love for animation studios is pretty high. I was thrilled to drive onto the DreamWorks campus and check out where scenes were animated, listen to film makers discuss the process, interview the lead actors, and see some of the fun products available for fans.  These are some of the highlights of the press junket for How To Train Your Dragon 3 : The Hidden World.  Fans will love the brand new free printable party kits that are available for How To Train Your Dragon you can print out below! Keep reading to hear about this incredible new movie and also to be part of the fun by coloring the characters yourself! 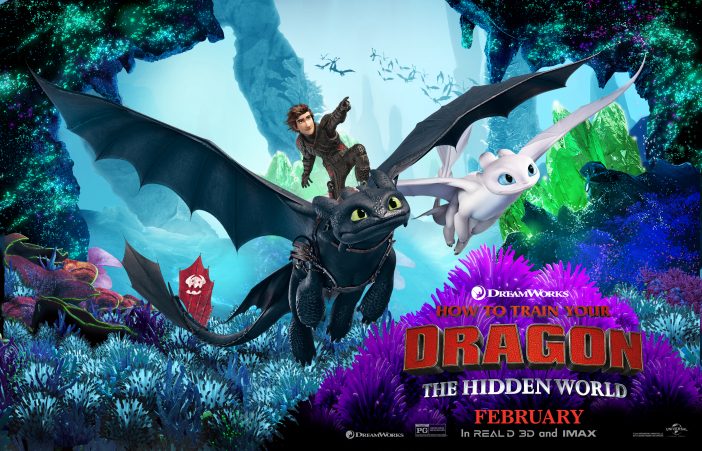 First off, the DreamWorks Animation campus is one of the most gorgeous workplace environments I have ever seen. Fun fact, I have visited a couple times before, the first time I was only 18. At the time I was an animation student living in Sherman Oaks and a friend working in the animation industry was kind enough to give me a tour.  When I changed my major and left the Los Angeles area, I really thought I had left the studio tours behind.  I have such fond memories of that time, and I am just so thankful that I have the opportunity to walk those steps again.  You can feel the creative and happy energy everywhere on campus.  The landscaping is beautiful, including a koi pond with waterfalls.  The buildings are beautiful and have fun touches that any animation fan is sure to appreciate.  I kinda wanted to move in, but alas, it was just for one day. 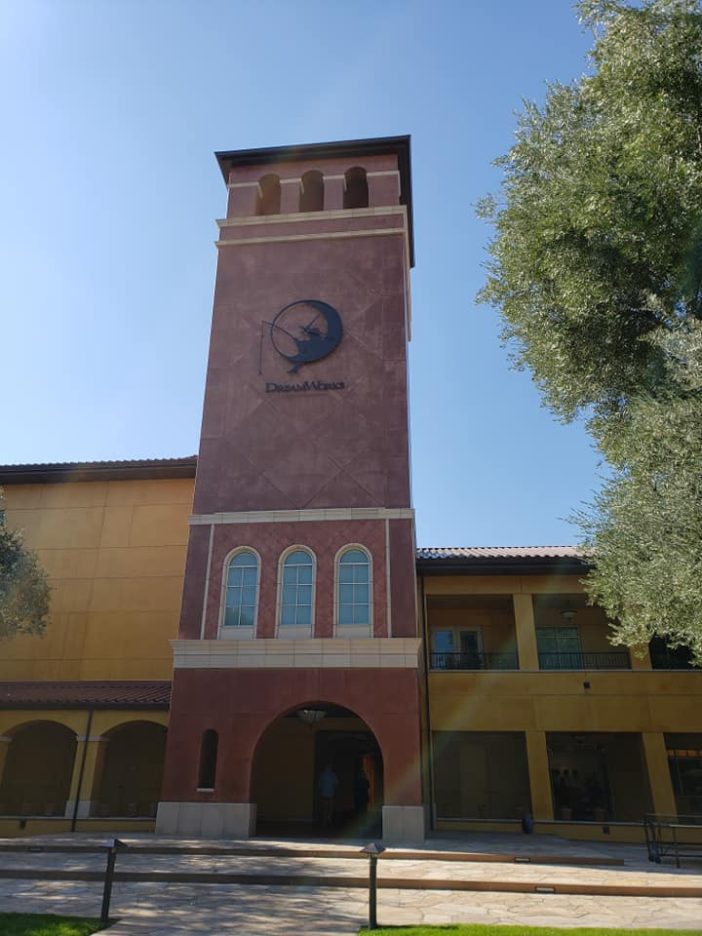 I was so thrilled to attend an advance screening of this film. The trailer had me in tears!  How to Train Your Dragon : The Hidden World is rated PG.  While I always suggest reading lots of reviews before making their own decisions, our family (kids ages 7 – 12) will definitely be in theaters opening weekend!

While at DreamWorks we had the opportunity to screen the movie and speak with the actors who voiced Hiccup and Astrid.  Canadian actor Jay Baruchel voices Hiccup and America Ferrera is the voice of Astrid.  This is the third time these two have been back to play these characters. They have had years to watch them grown and evolve, all leading up to this last installment.  I will share no spoilers, but I wanted to share some of the highlights of what they had to share in our interview.

When asked what they wanted children to take away when they see this movie, their answers were so insightful.

Jay shared that he had a few. “The biggest one is that change is inherently difficult, but just because it’s difficult it’s not to be avoided, that it’s an inherent part of growing up, that everything is kind of bittersweet if it’s important, that nothing worth experiencing comes easy.” He added, “I think that it’s especially in the context of all three films, seeing where he started and where he ends up and how this is the kind of promise of all that potential of if you’re born in the margins and told that everything you have is failings, well, they can actually be virtues, and that just because stuff is a certain way doesn’t mean it has to be that way. It is quite a hopeful outlook.”

America shared her thoughts as well. “I just to piggyback on what Jay was saying, in these films for Hiccup, our main character, who we see the world through his eyes, in every single one of these films the world changes in a drastic way for him. And the journey is always about will he find the courage to be who he needs to be to meet that moment? And I think whether you’re a kid or an adult, that is the ongoing journey, the world continues to change. And we have to keep finding the courage to say, “Okay, can I pass this threshold, can I become who I need to be to meet this next challenge, to step into this brave, new opportunity or difficulty?”

She went on to explain why she loved her character and the message her relationship with Hiccup means to her.

“The movies are so fun and so beautiful to watch, but I think the true success of this film lies in the heart and the deep meaning that exists with all of the characters. I think one of the things I’m most proud of and feel the most privileged about being a part of this is Astrid’s presence in this film as a young woman who isn’t just there to be his cheerleader, his girlfriend, but also stepping into her own leadership and her own bravery and her own courage. And I think their relationship is such a great model for anyone in any relationship. They are partners, and they lift each other up, and it’s never just about one of their needs or the other. They are in it together. And what a wonderful model for our boys and girls to grow up seeing.”

I loved when Jay (who plays Hiccup) shared advice for kids that are in awkward stages in life.  Hiccup is especially such a good role model for kids who live on the margins in one way or another.  He is inspiring and encouraging.

Jay shared advice his mother gave him growing up.  “There’s such a thing as a late bloomer. My mom would say “If you feel like school is unfair, and you wonder why the popular kids get all the attention and how come they keep winning and you feel like you’re on the bottom rung or whatever, those kids peak now.” And she was like, “Would you rather peak in high school, or would you rather have your whole life ahead of you,” you know? I kind of always had my eyes on the prize. I knew that. I had a great, great childhood and a lot of good friends. But, I always knew it was all just preamble. And I also was encouraged from a very early age to be truthful to myself.”

He went on to share that growing up in Canada and not interested in hockey was unusual. He said his dad did try to encourage him to play hockey, but once he saw his son’s love of movies he whole-heartedly encouraged his son to go after what he loved. 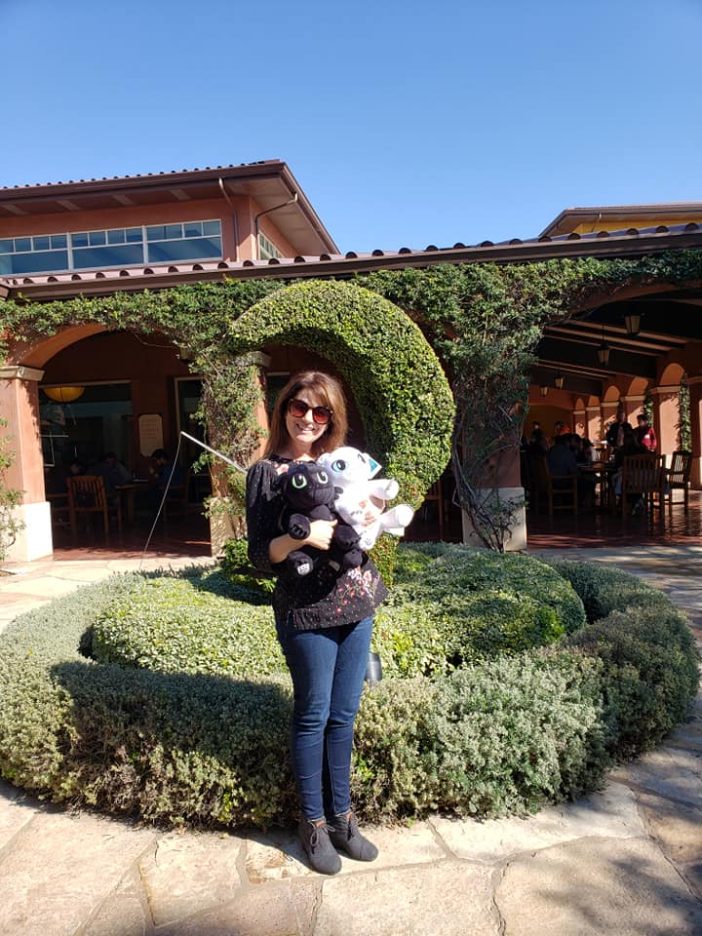 One quick commercial.  I am a sucker for toys from animated movies, but this one takes the cake.  Build A Bear is making the most adorable How to Train Your Dragon limited edition “Build a Dragon” and they are insanely adorable!  We were lucky enough to take a Lightfury and a Toothless Build a Bear home. I would be very surprised if these did not sell out fast. If you would like one to add to your collection – you can check them out on Amazon!

The amount of heart put into this film shows.  From story to voice actors to animation, the movie is brilliant and it is sure to move you to tears (at least it did for me!).  I highly suggest gathering up your entire family to go see it when it opens this Friday night. This movie is truly one that the entire family can enjoy together. Before you scroll down to the printables, make sure to grab your tickets on Fandango! 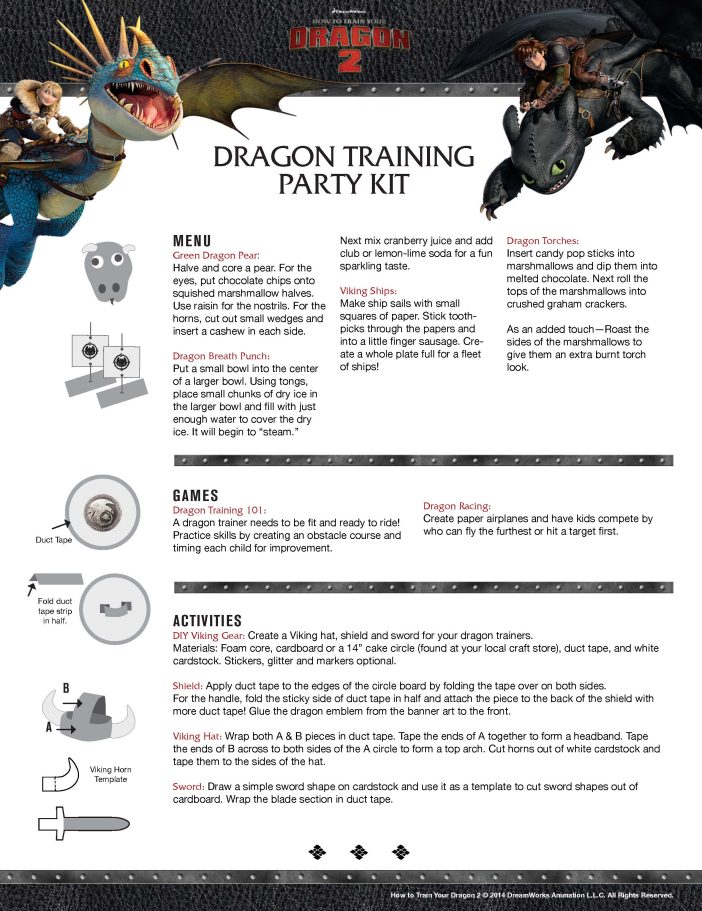 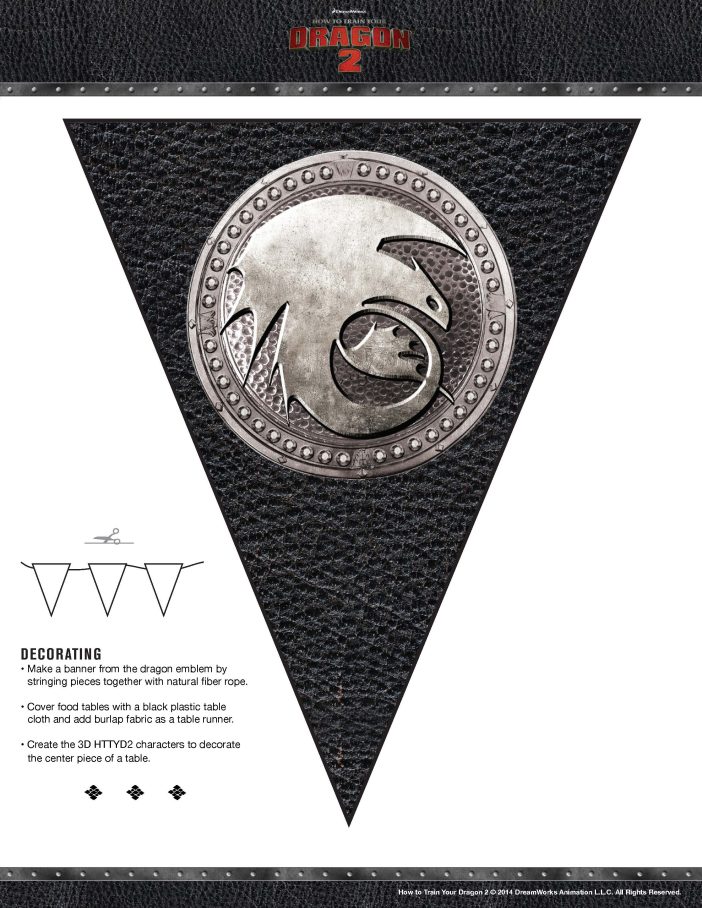 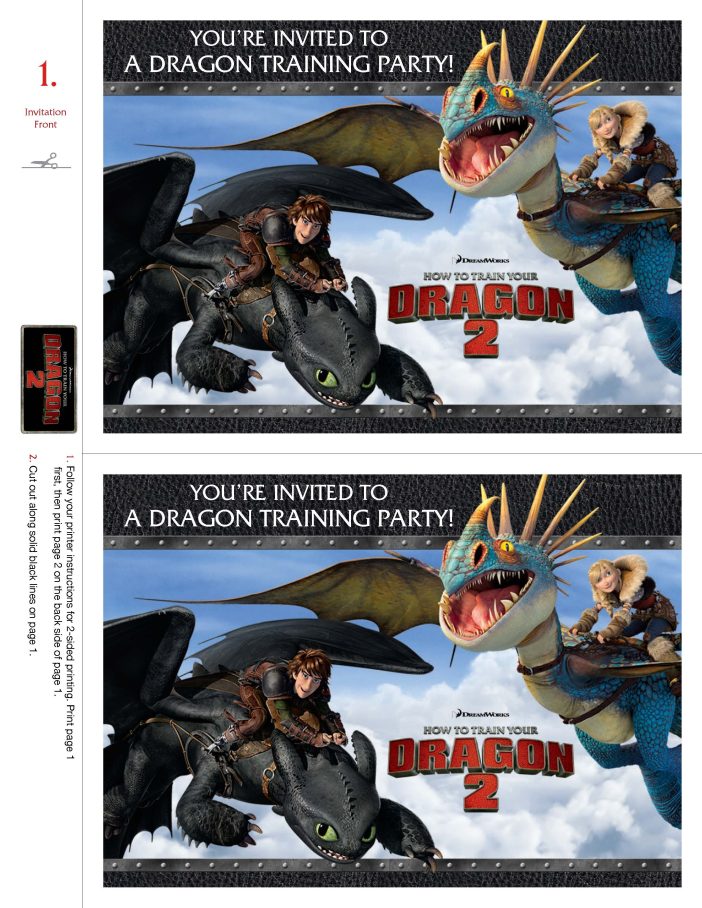 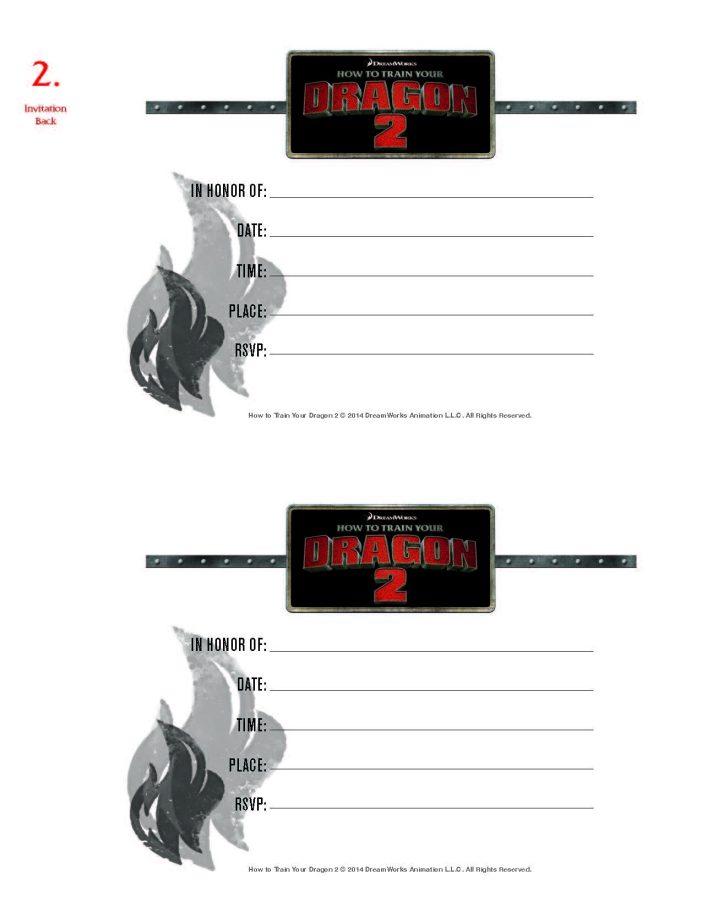 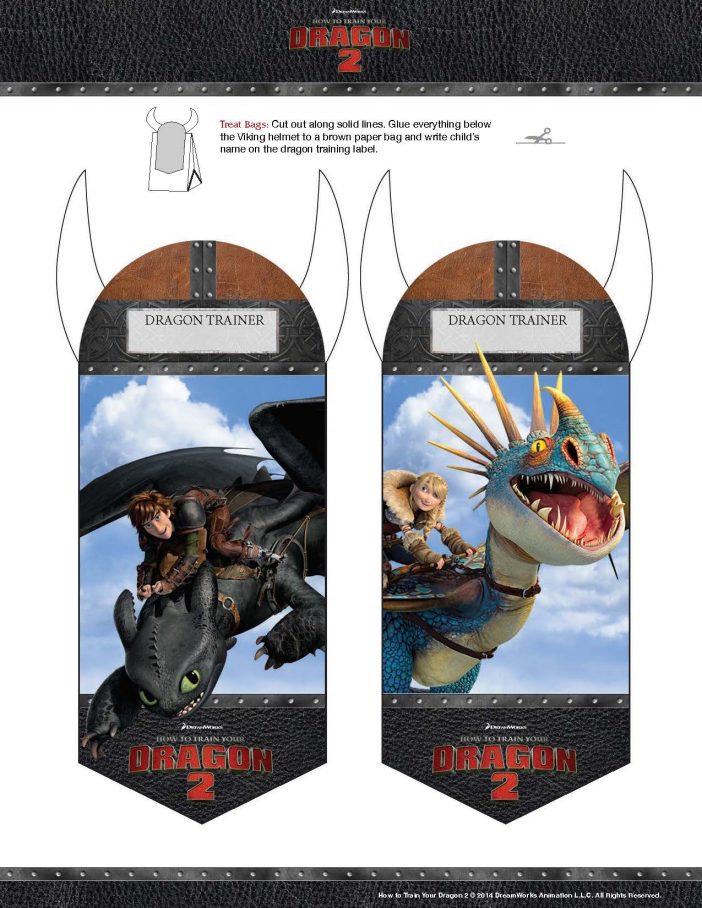 We shared these awesome How to Train Your Dragon Printables a while back – enjoy!

HOW TO TRAIN YOUR DRAGON: THE HIDDEN WORLD – In Theaters February 22

“From DreamWorks Animation comes a surprising tale about growing up, finding the courage to face the unknown…and how nothing can ever train you to let go. What began as an unlikely friendship between an adolescent Viking and a fearsome Night Fury dragon has become an epic adventure spanning their lives. Welcome to the most astonishing chapter of one of the most beloved animated franchises in film history: How to Train Your Dragon: The Hidden World.

Now chief and ruler of Berk alongside Astrid, Hiccup has created a gloriously chaotic dragon utopia. When the sudden appearance of female Light Fury coincides with the darkest threat their village has ever faced, Hiccup and Toothless must leave the only home they’ve known and journey to a hidden world thought only to exist in myth. As their true destines are revealed, dragon and rider will fight together—to the very ends of the Earth—to protect everything they’ve grown to treasure.”

Follow How To Train Your Dragon on social media

Until Next Time ~ Kate
Categories:  Movies, printables
More posts like this... 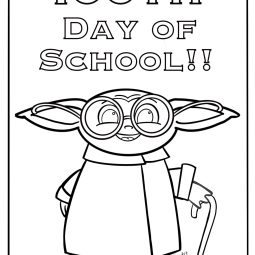 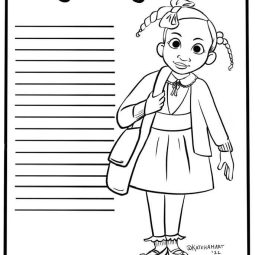 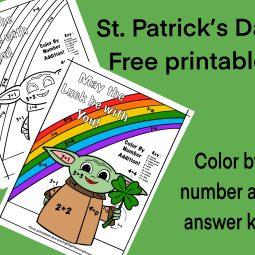