The costumes in Disney’s film Into the Woods are some of the most beautiful I have seen in a very long time.  The attention to detail really brought each fairy tale character to life!  We sat down with Into the Woods Costume Designer Colleen Atwood and learned about how she helped bring this popular musical to the big screen.  Please enjoy some of the beautiful never before seen costume design drawings from Into The Woods I have shared below! 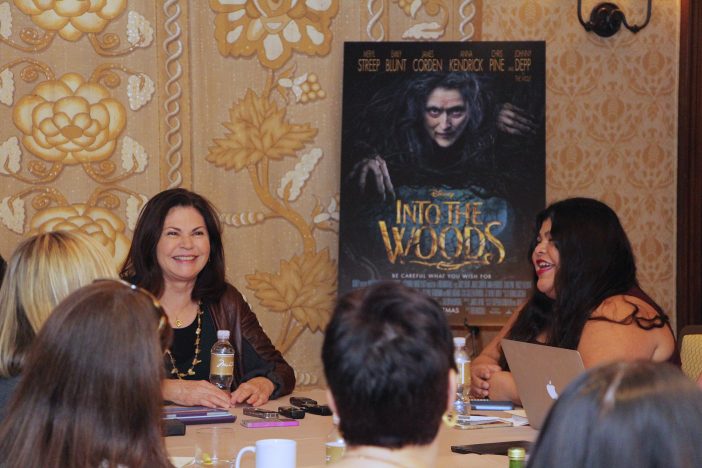 One interviewer asked “This film had so many amazing characters and costumes to go with the characters, which was your favorite to work on?” 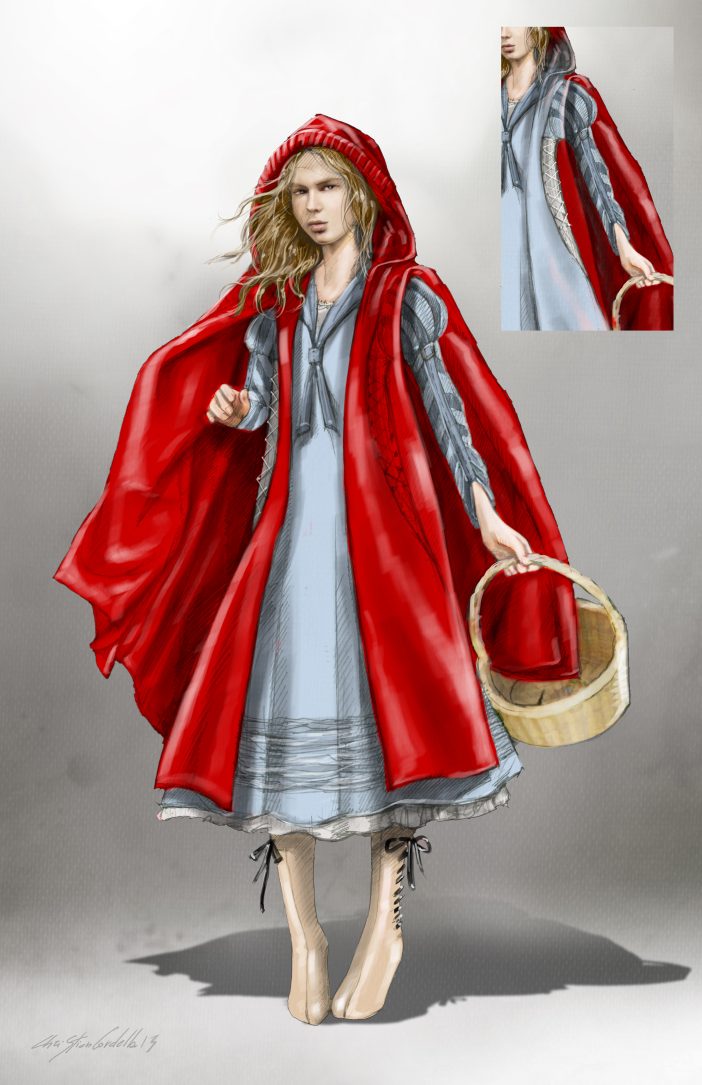 Colleen answered that it was hard to pick, she compared it to picking your favorite child.  She went on to say the textiles and art of Meryl Streep’s costume was very interesting, but that each costume was so intricate and personal she really couldn’t pick a favorite. 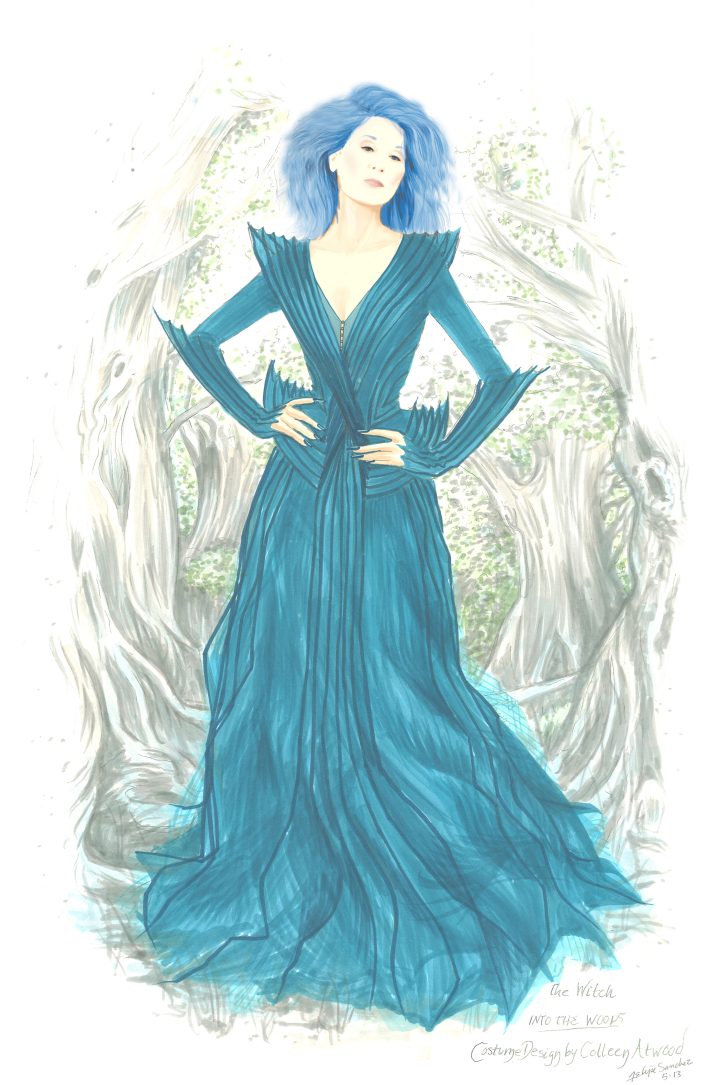 Fun Fact : Meryl Streep went to school for costume design and was apparently involved in the creation of her costume in Into the Woods! 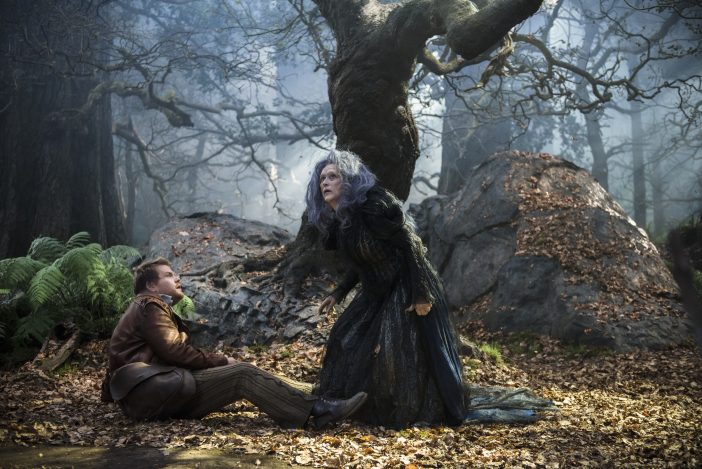 I asked who’s costume evolved the most from start to finish and she said Emily’s (the Baker’s Wife).  Emily Blunt as I mentioned before was actually pregnant during filming.  Because Emily played a women who was specifically NOT pregnant it was a challenge apparently to keep her costume growing and to keep her belly hidden.  Colleen said the apron was a big help in hiding her growing baby bump! 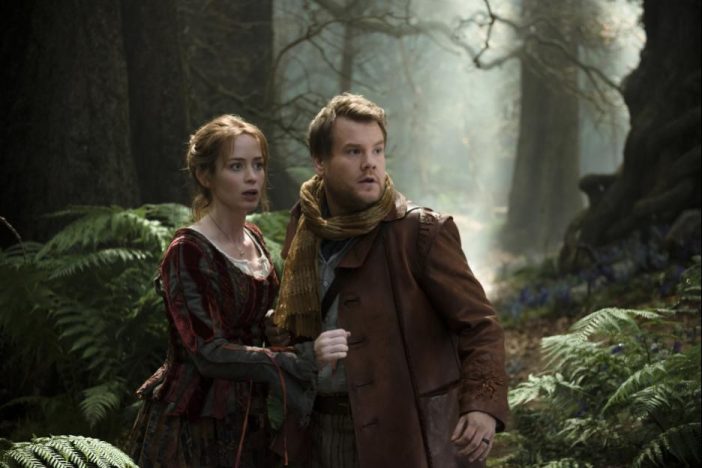 Colleen also shared about Cinderella’s dress (played by Anna Kendrick) and how she created this elegant gold dress and slippers. 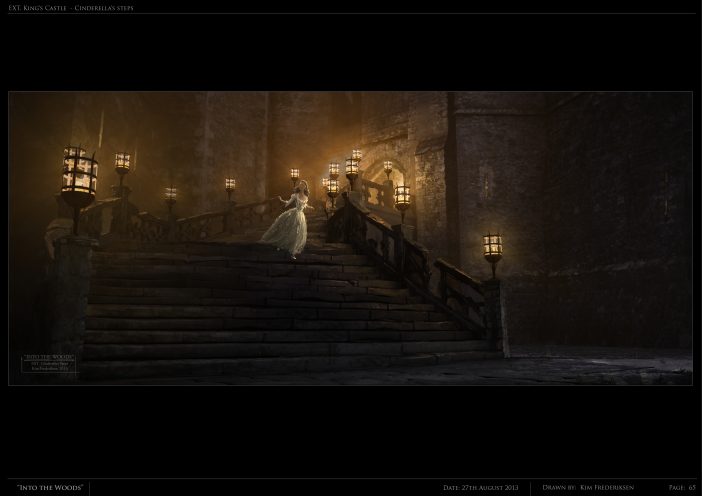 Early concept art for Into the Woods Cinderella

Cinderella’s slippers in the original Grimm Fairy tale are gold; not glass.  She wanted Cindrella’s gown to point back to the fact that it was created by Cinderella’s mother; the willow tree.  She included Earthy shades of gold and even green. 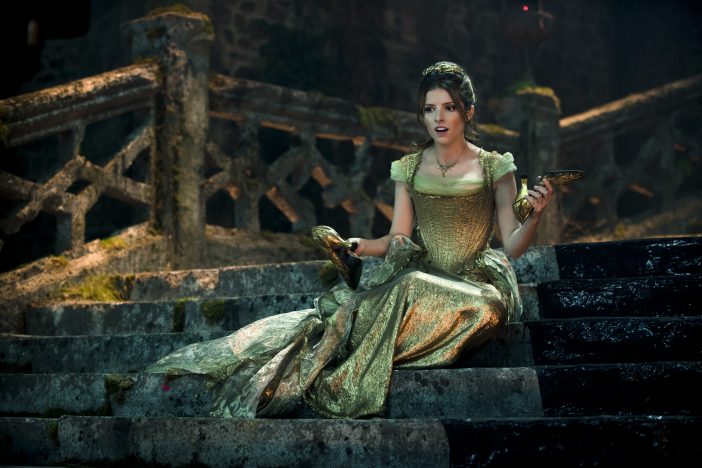 Thank you Colleen for taking the time to share a bit of your process with us! 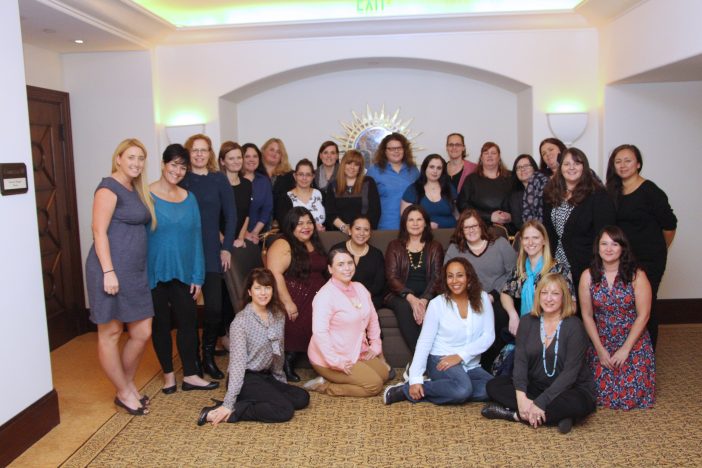 Into The Woods is playing in theaters now!  It is sure to be a classic!  Follow Into The Woods on Facebook and Into the Woods on Twitter –  join in the conversation by using the hashtag #IntoTheWoods

All Images are by Disney and used with Permission