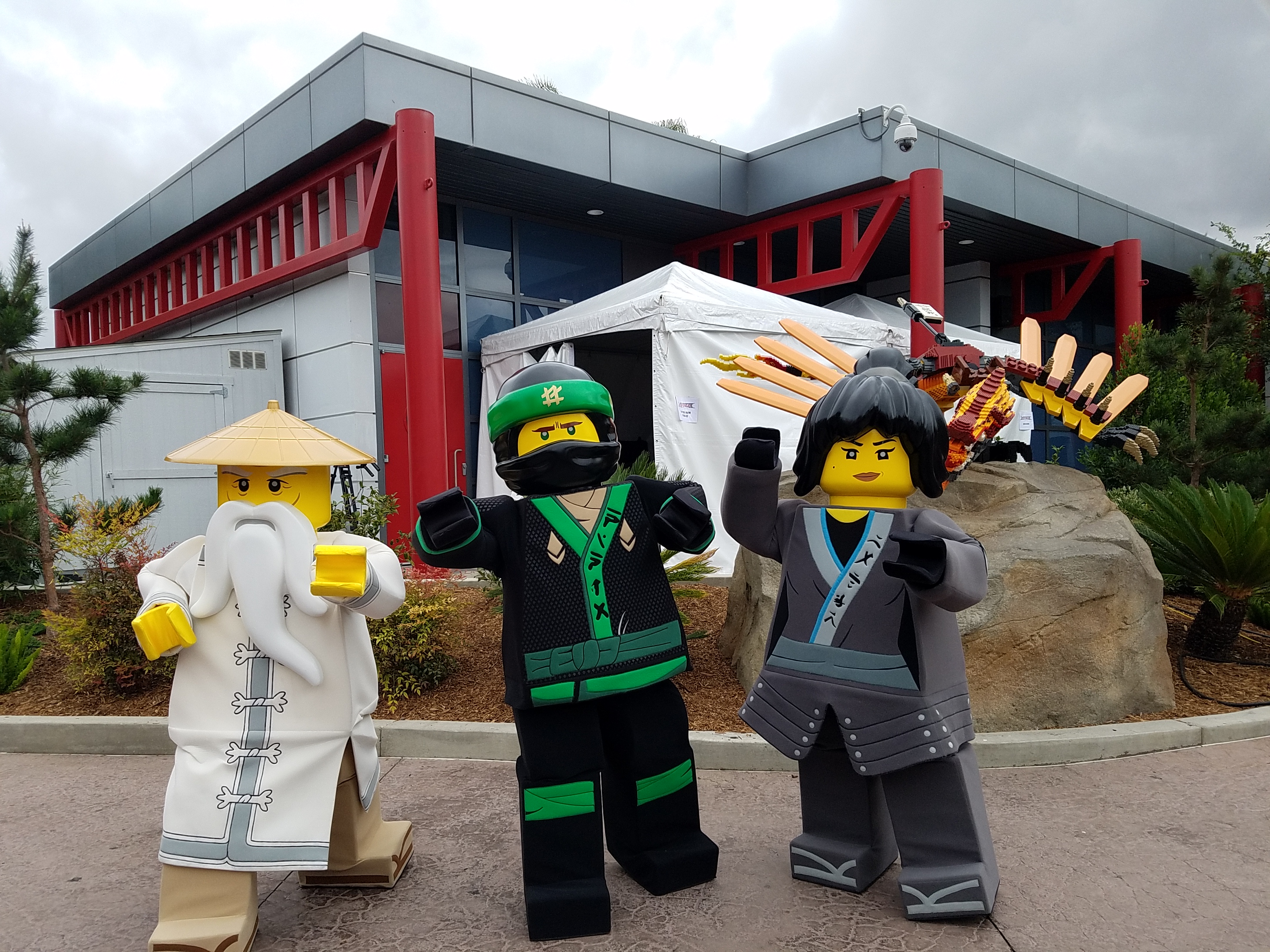 The LEGO NINJAGO Movie invites fans to “Find the Ninja Within Ya”. The message is inspiring and heartwarming. The all star cast includes Dave Franco, Justin, Theroux, Fred Armisen, Abbi Jacobson, Olivia Munn, Kamail Nanjiani, Michael Peña, Zach Woods, and Jackie Chan.  We are already huge fans of LEGO NINJAGO so we could not wait to see the film and attend the junket!

Unlike most junkets I am lucky enough to attend, this one was for the whole family.  My LEGO maniacs were jumping for joy as we checked into the LEGOLAND Hotel!  They were able to ride The LEGO NINJAGO ride (their favorite!) on Tuesday, when the park is normally closed.  We laughed through the early screening of the film.  We even had the opportunity to interview the cast and film makers of the new movie! 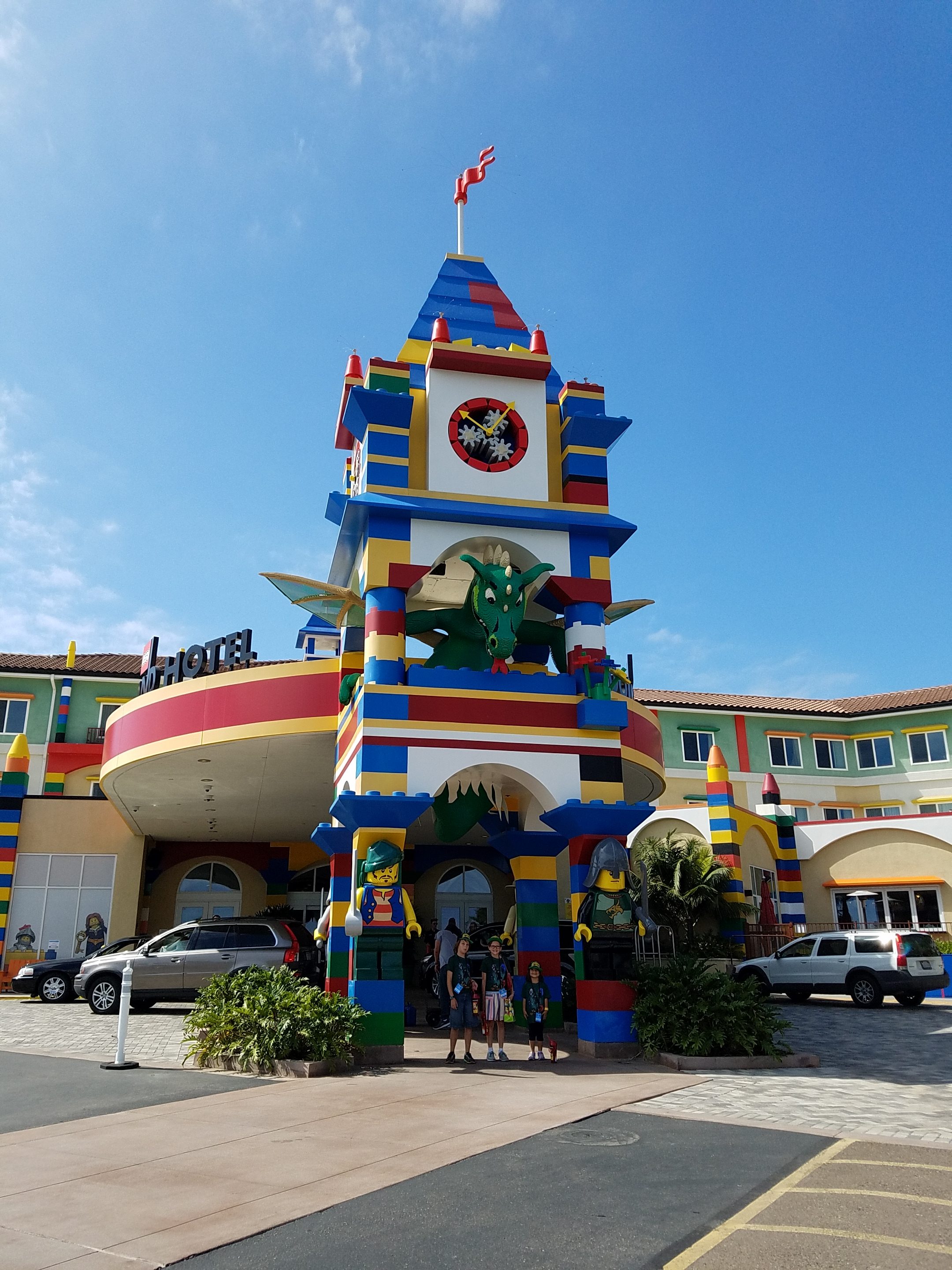 Just after we checked into the hotel we were escorted to a private LEGO build with real LEGO Master Builders.  We took the kids out of school  about an hour early to attend this event.  I am pretty sure they were inspired and learned more from the builders who shared with us. My son has said for years that he hopes to be a LEGO Master Builder someday. He was thrilled to talk with his idols in person. Our big kids are huge into STEM and this was a thrill for them especially! 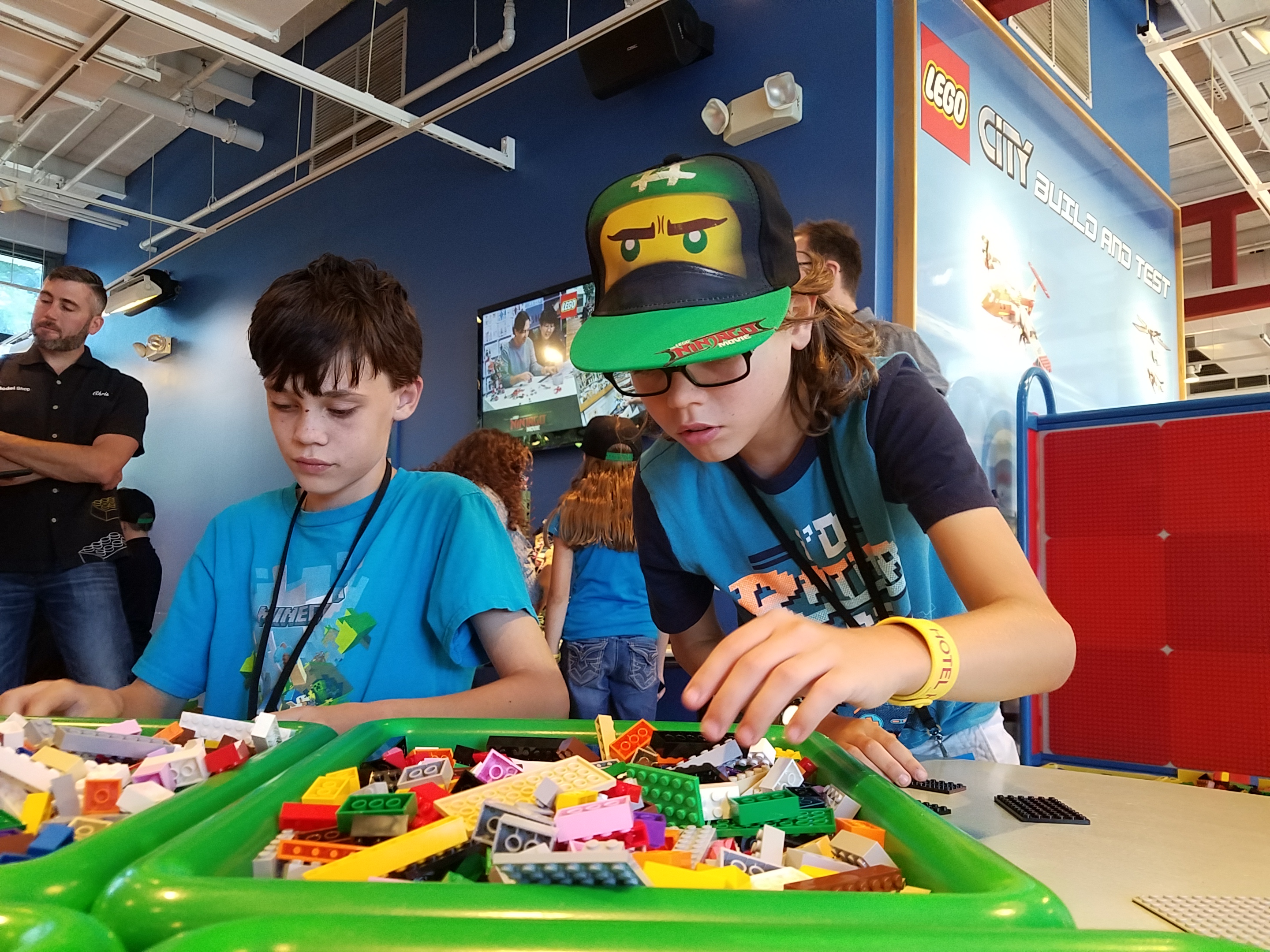 I love when we can have fun and learn at the same time. 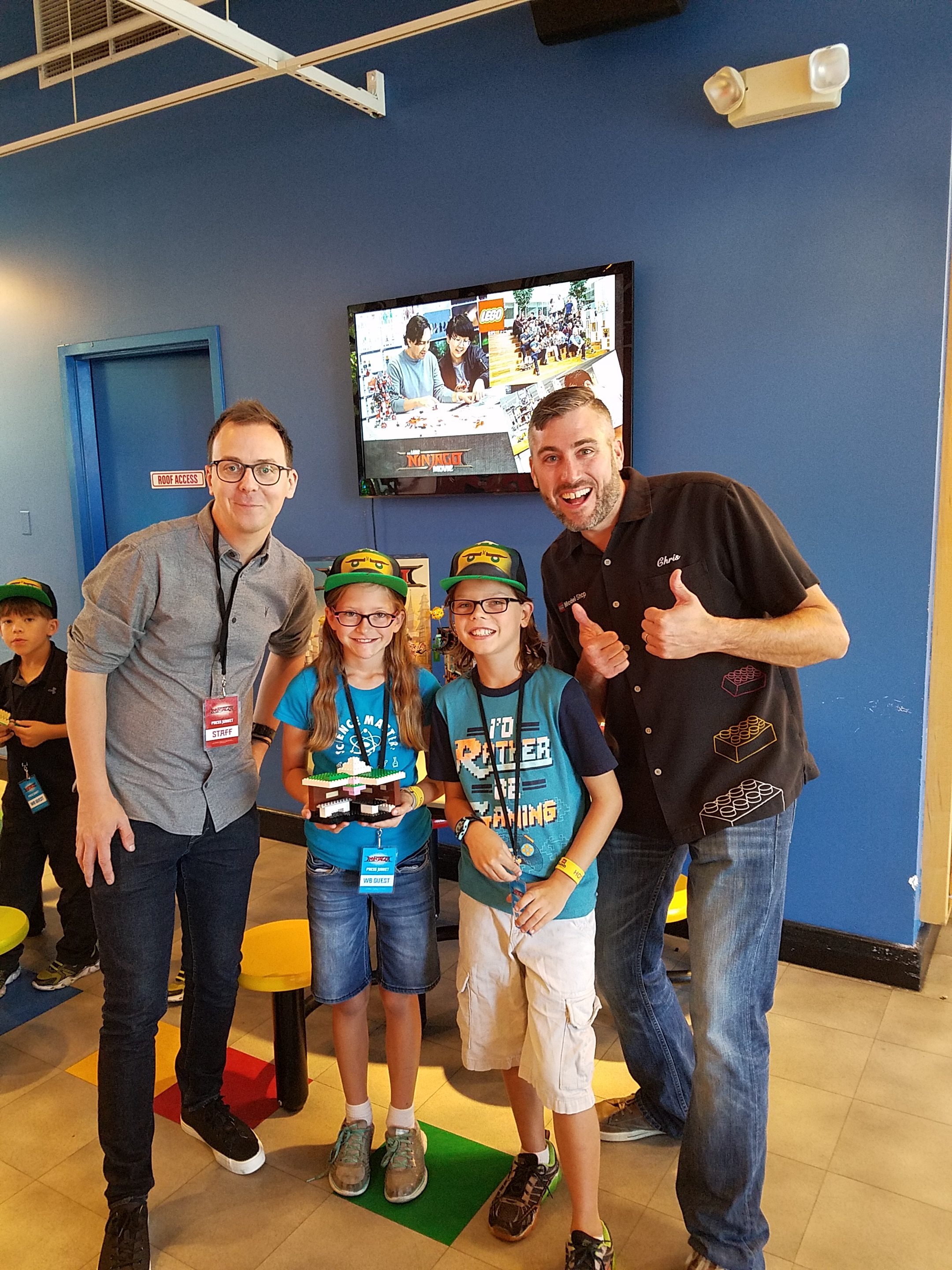 After that, it was time to ride The LEGO NINJAGO Ride.  This is already a family favorite.  Our kids felt like super stars because they were able to walk right on a ride that typically has a very long wait.  The ride shut down for a short time at one point and my big kids were escorted off the ride.  My daughter considered this one of the best parts of the entire junket.  I suppose an enthusiastic love of all things ‘behind the scenes’ is genetic.  She gets it from her mama. 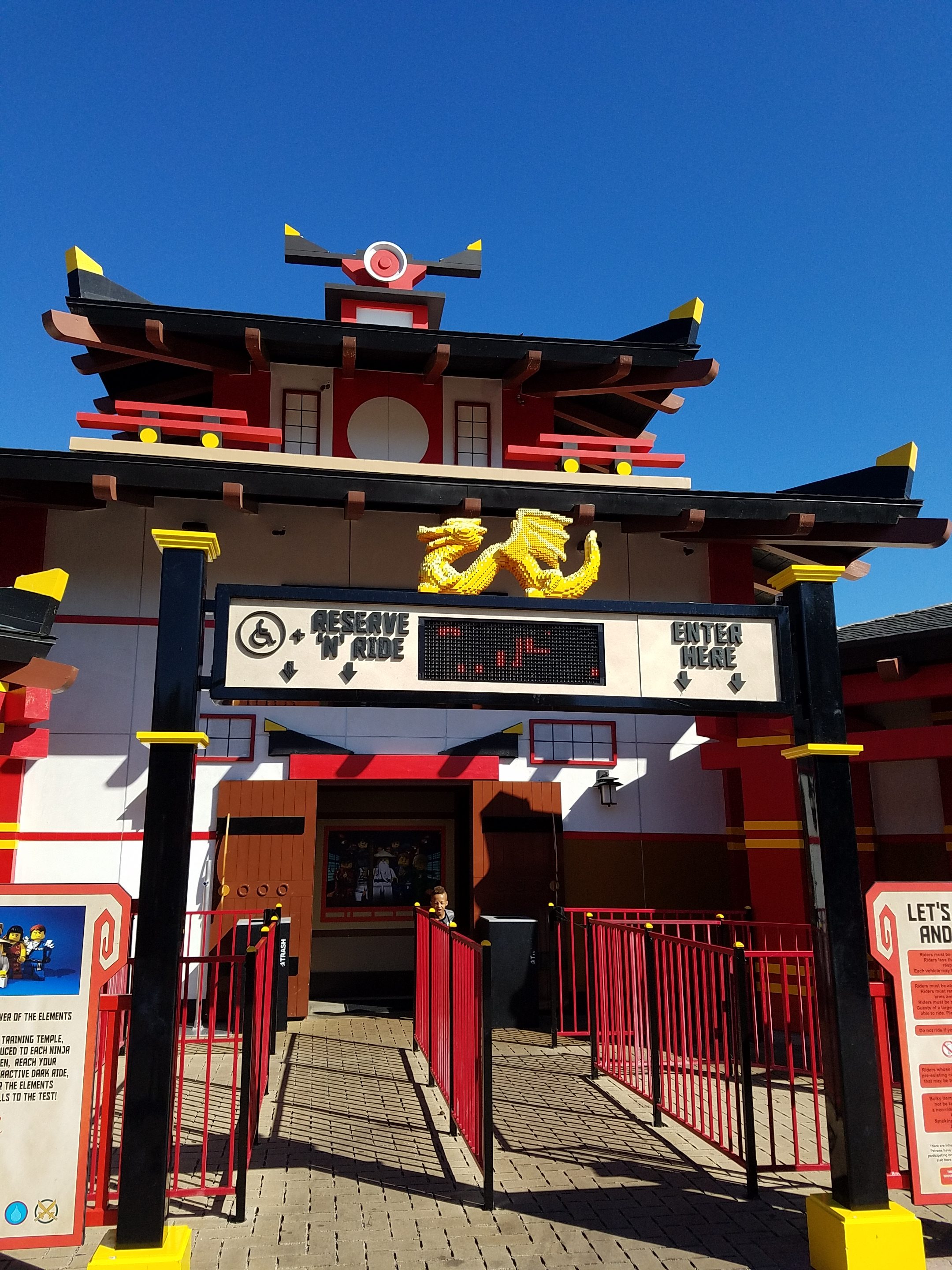 LEGOLAND California was honestly one of the coolest places for a movie junket! We had such a great time! After some fun in the park we were off to the movies.  Our whole family really enjoyed the movie and we predict it will be a big hit! 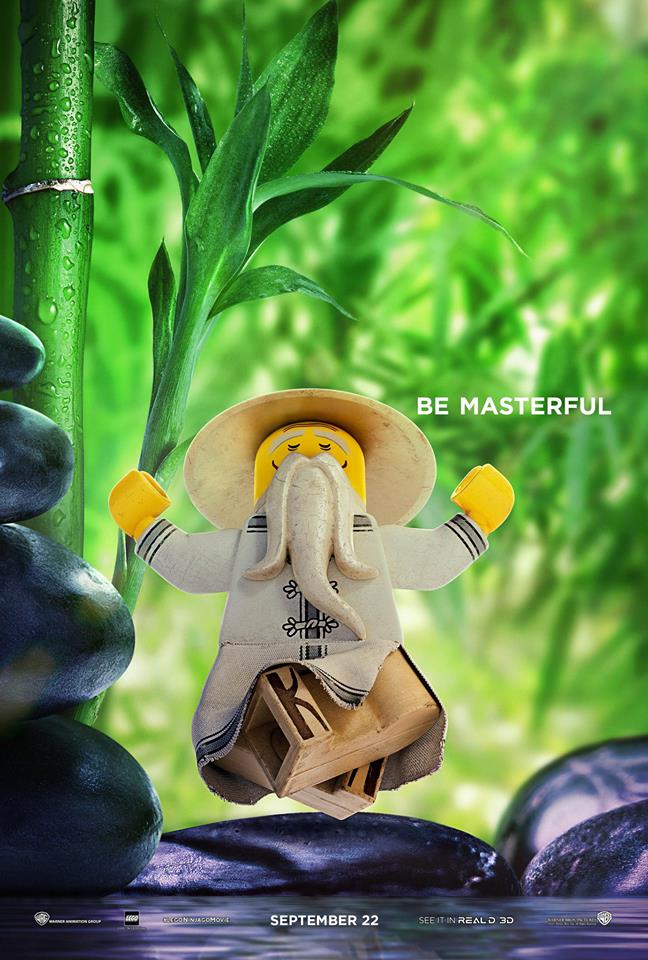 After the movie it was time to celebrate! We danced the night away with characters back at the LEGOLAND Hotel.  Our littlest was especially excited to meet some new characters.

Our kids were thrilled to hear from the film makers and the voices of the film.  During certain scenes of the film you see Jackie Chan in real life; not as an animated character.  It was such a joy to hear him speak and see my littlest make that connection. “Mommy! That is the guy from the movie! The real guy who has a cat and talks to the boy! He is here!” 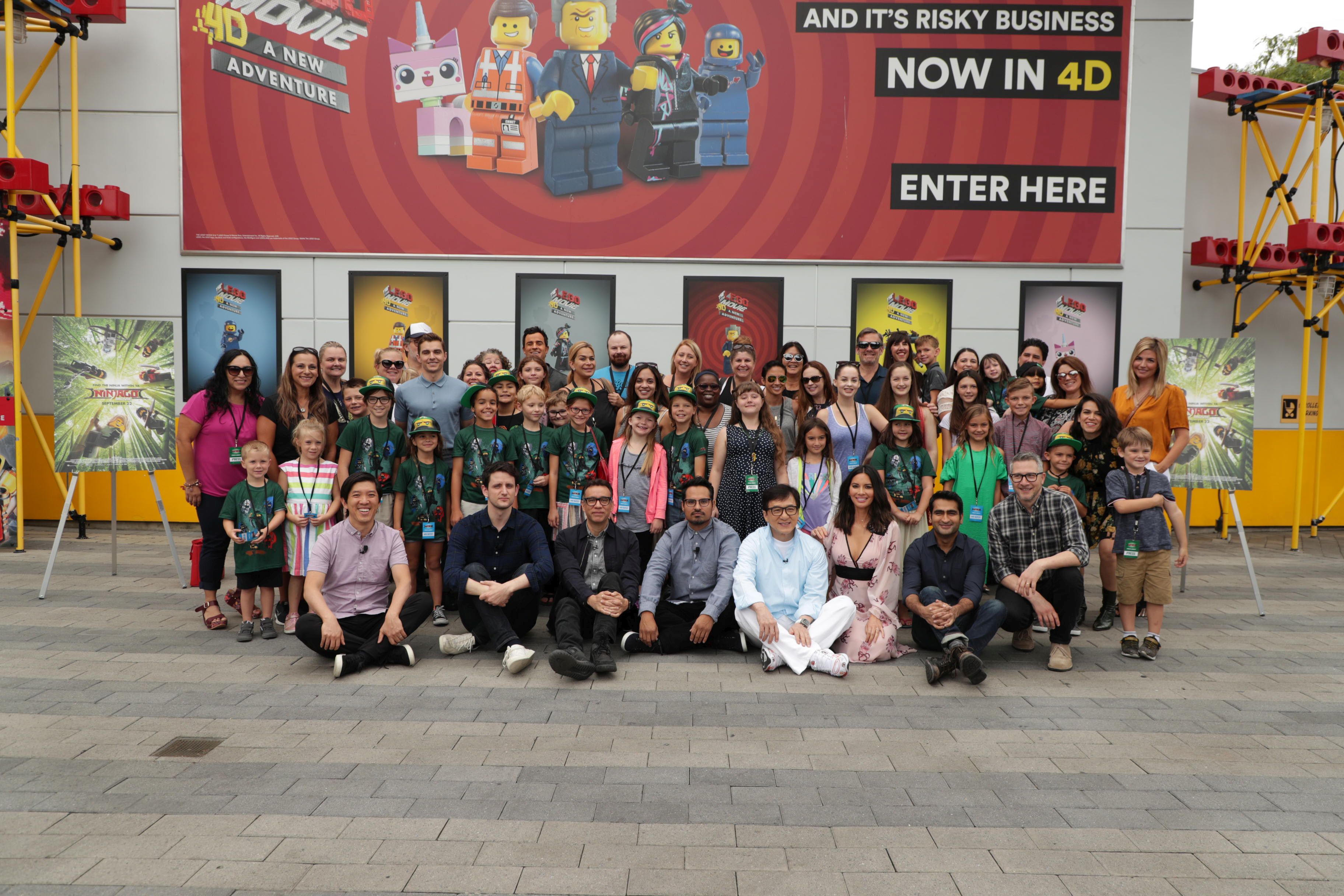 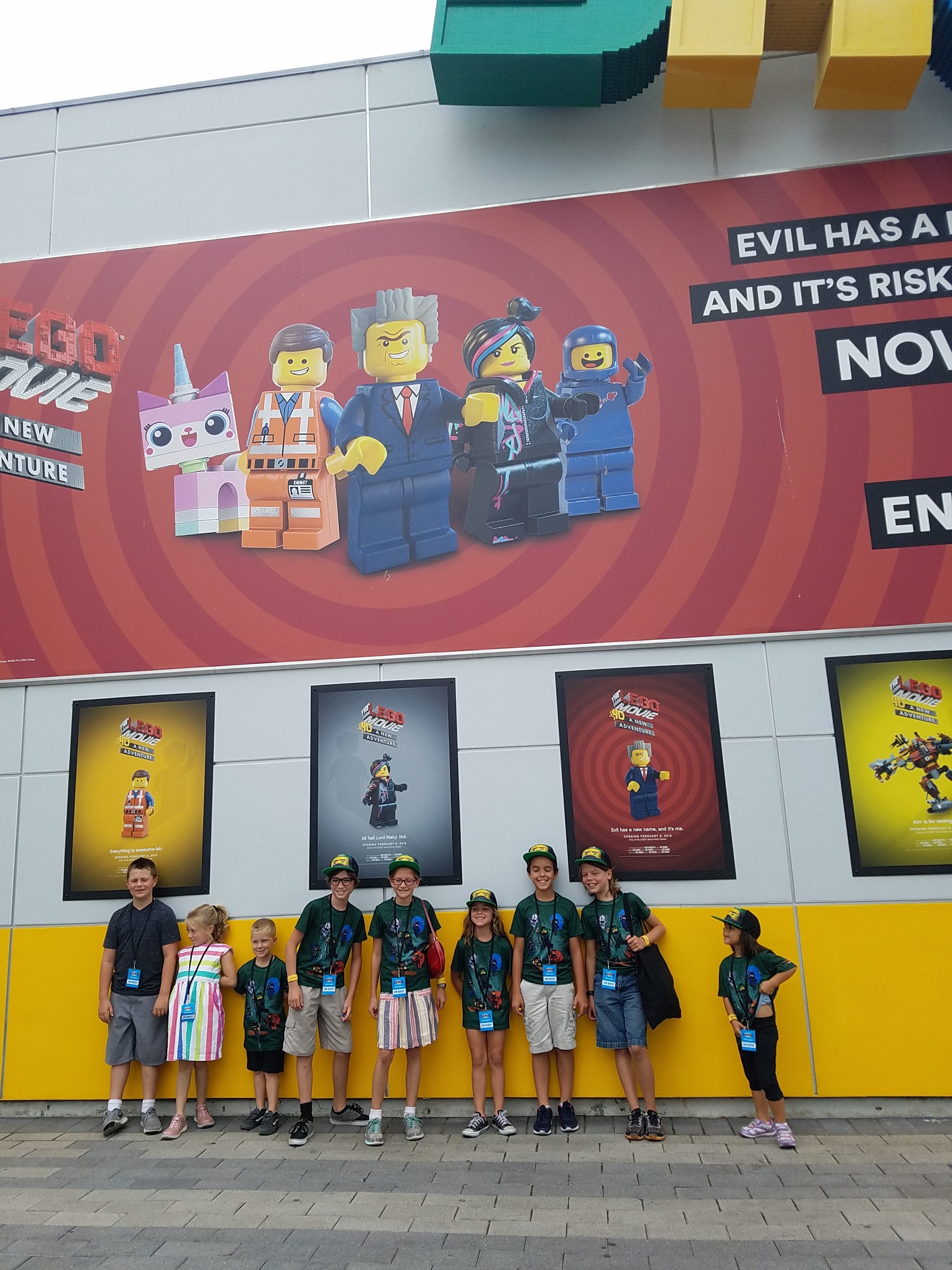 Blogger kids having the time of their life at LEGOLAND, California! 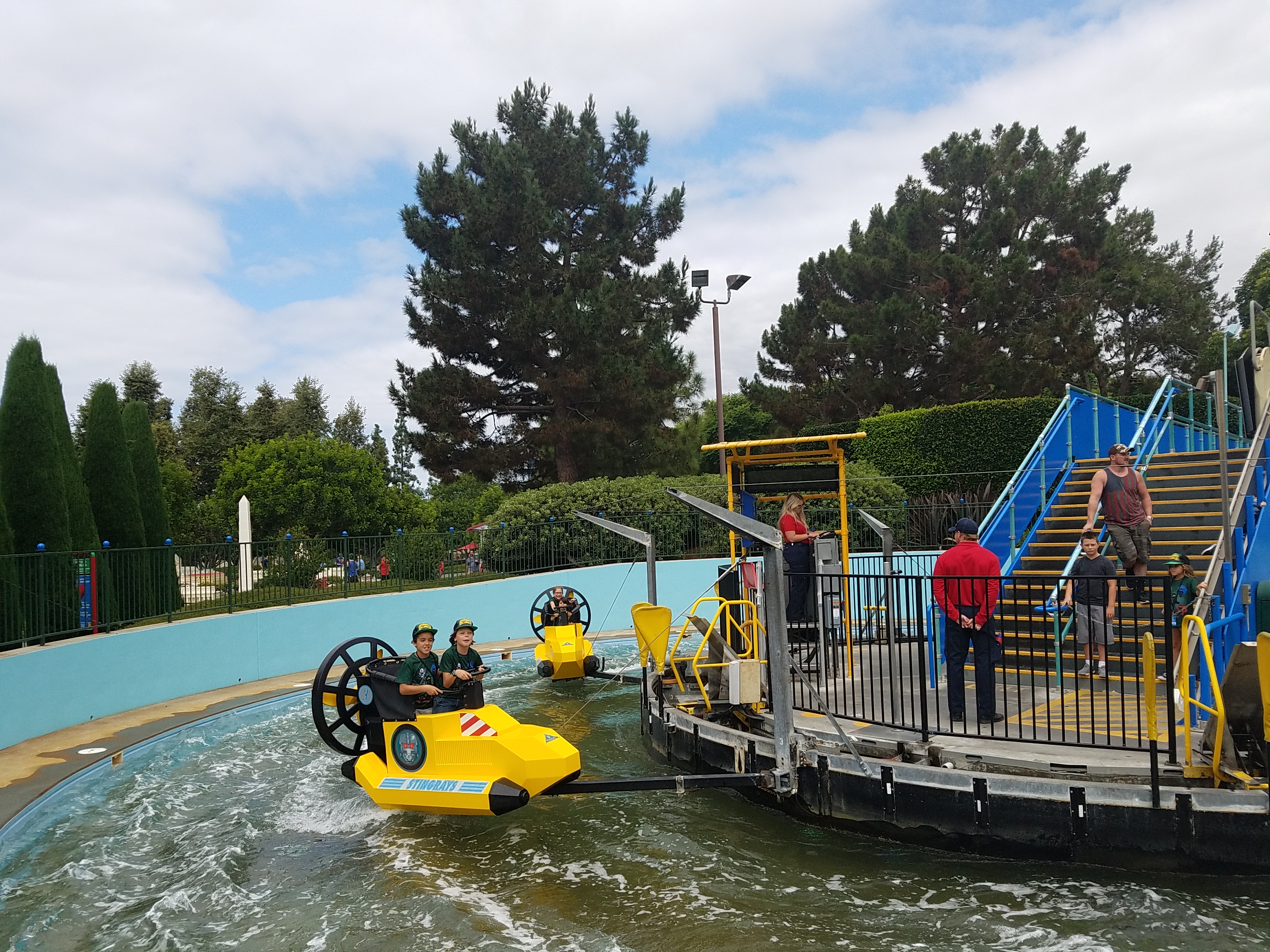 And if that was not enough, we were able to sample sweet treats and ride tons of rides after the conference. 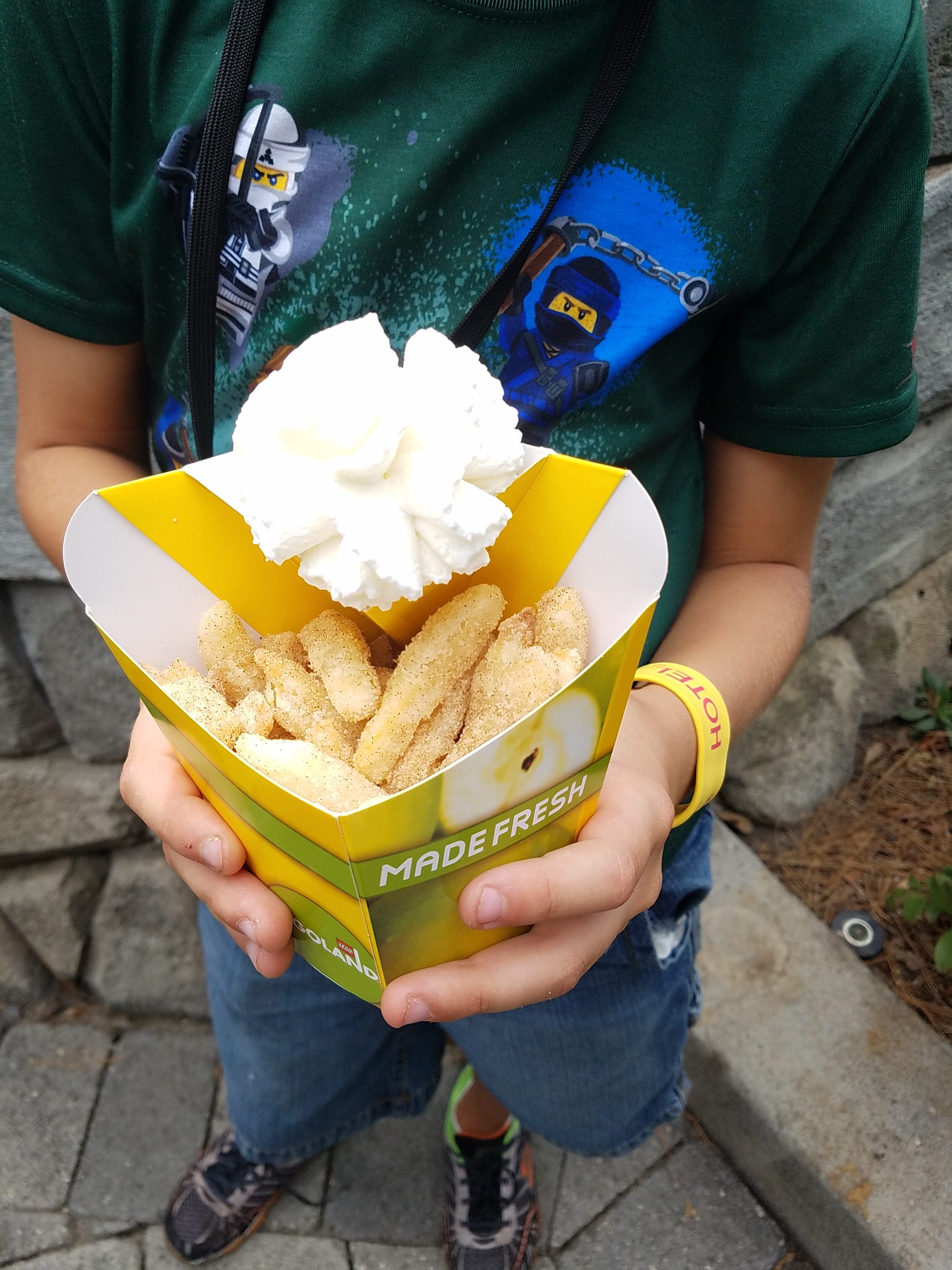 These little beauties are called “Apple Fries”. It’s like heaven in a little box. You can buy them on Castle Hill.

Our kids were thrilled to hear from the film makers and the voices of the film.  During certain scenes of the film you see Jackie Chan in real life; not as an animated character.  It was such a joy to hear him speak and see my littlest make that connection. “Mommy! That is the guy from the movie! The real guy who has a cat and talks to the boy! He is here!”

“In this big-screen NINJAGO adventure, the battle for NINJAGO City calls to action young Master Builder Lloyd, aka the Green Ninja, along with his friends, who are all secret ninja warriors. Led by Master Wu, as wise-cracking as he is wise, they must defeat evil warlord Garmadon, The Worst Guy Ever, who also happens to be Lloyd’s dad. Pitting mech against mech and father against son, the epic showdown will test this fierce but undisciplined team of modern-day ninjas who must learn to check their egos and pull together to unleash their inner power of Spinjitzu.”

The LEGO NINJAGO Movie is rated PG. Friends and readers know that we are a particularly picky about movie ratings and what we let our kdis see.  I would call this a very soft PG.  While all kids are different, my kids are 11, 10, and 6 and I felt it was perfectly appropriate for our kids.  The PG rating is due to some very mild “crude humor”. The LEGO NINJAGO Movie is funny for kids and adults of all ages.  I loved that it was not only full of laughs, but also provided a message on empathy and compassion.  It was an all around great movie for kids and adults alike. It has our family’s enthusiastic stamp of approval.

Check out the trailer for The LEGO NINJAGO Movie below…..

I highly suggest spending some quality time with your little Ninja at the theaters this weekend! 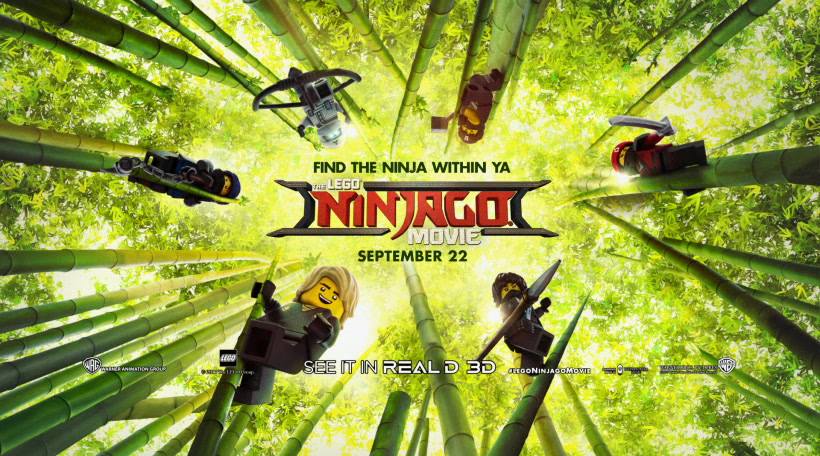 Make sure to check out our printables! The LEGO NINJAGO Movie printable coloring and activity sheets are available for you to print from you home computer.