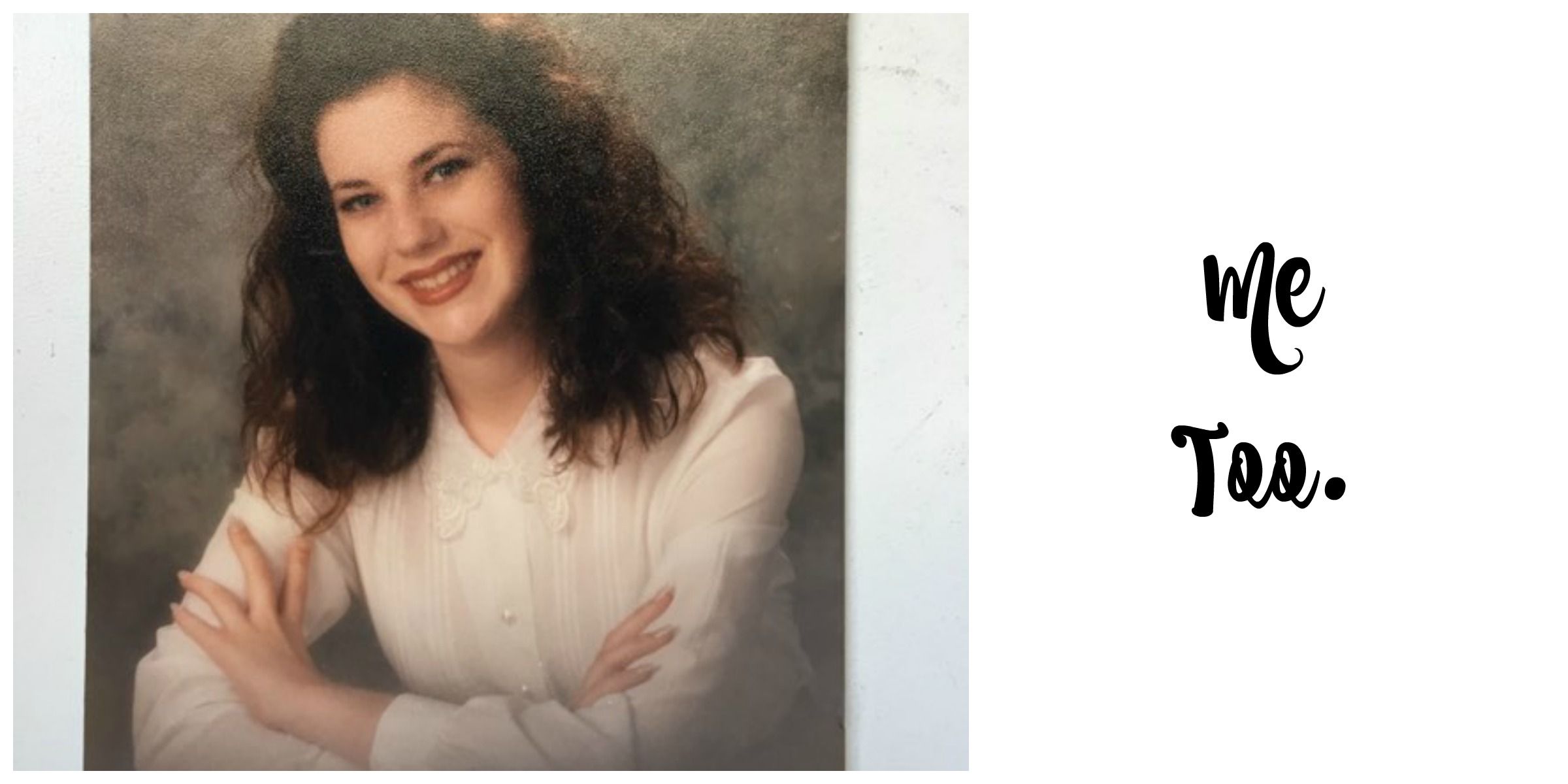 “You are eighteen and there is nothing you can do about it.”

I had just had a birthday.  I was going to community college and living at home with my parents. I was trying to save money to move to Los Angeles for art school and a dream. My dad had his long time friend and coworker over. We will call him Keith, because that is his name. House projects are a constant at my parents house and I knew this, it wasn’t uncommon for Keith to be over on a weekend or after work. I was never bothered by him before.

I was going into our front door.  I was carrying a lot of things and for some reason had something in my mouth. I honestly don’t remember what.  Keith was walking by on our porch and said something nasty about how he would like some oral sex.  I put down what was in my hands and took the keys (or whatever) out of my mouth. I gave him a disgusted look.  He took a step closer to me; we still had several feet between us, but it was an intentional step to intimidate me.  “You are eighteen and there is nothing you can do about it.” he said; and he looked me up and down in a way I had never been looked at before. I knew he was right.  My dad wasn’t right there, but he was outside with us.  I suppose I could have said “Hey Dad, come over and ask Keith what he just said to me.” I didn’t.  In that moment, I just assumed he was right.

While I never expected anything to be done or said to Keith, I told my mom that day. I edited the words he used because I was embarrassed, but she understood what he was suggesting.  Her response was not unlike social norms, but maybe that is why it was extra discouraging.  “That’s just Keith, I don’t eat bananas in front of him anymore because once he said ‘Oh, don’t practice in front of us.’.” She shrugged her shoulders and walked off. I think her point was something along the lines of ‘He would never follow through with that comment.’…. I think it was meant to comfort me. It didn’t.

To paint a picture, I was barely eighteen and every bit a virgin. I was about 5’ 4″ and because I didn’t eat much most of my teen years; that’s another story, I might have weighed 105 lbs. My family had very traditional values. I hadn’t been allowed to date til I was 16. Boys were not allowed upstairs at all, even the boys we were pretty sure were gay. I was expected to dress and act like a ‘lady’.  I don’t think these things are at all wrong, we have most of these rules ourselves. I’m just painting a picture.

To paint another picture, Keith was somewhere north of forty at the time, I don’t know for sure.  He was over six feet tall and was very heavy set.  Keith had dark auburn hair and a full beard.  Most of the time that I saw him he was working construction.  As one might imagine, a big, hairy guy like that gets pretty sweaty when they are working. While none of those are negative qualities, they certainly serve the goal of intimidating a physically small girl well.

In an effort toward full disclosure, I should point out I was mouthy AF by the time I was eighteen. While therapy, a good husband, and Jesus has helped me sort out a lot of my angst now, it wasn’t sorted then.  My attitude and actions were not becoming of a girl. I was told not to stir the pot and I always did.  Always. I felt like this was just one of many times I was being reminded that I was weaker than men.  I felt like I was being reminded that being on the Dean’s list wasn’t important.  I felt like I was being told that my artistic ability was not important.  I felt like I was being told that my ability to save, and plan, and crunch numbers was not important. No matter what, I was secondary.  Ultimately, I was now old enough that any man could say anything he wanted to me without any protection.  Ultimately, I was a woman now, and while a man becomes many different things, a women is really just meant to sexually satisfy and raise kids.  Considering how I had been told my whole life not to be the ‘wrong kind of girl’, and the fact that I felt I was more than an eighteen year old female body, I resented that encounter. I resented being told it was nothing, because ‘nothing’ happened. I hesitated to take the time to write this because my history teaches me that this will be perceived by some as stirring the pot for attention over nothing. But it isn’t nothing…. or maybe I am as crazy as I have been told.

I’d known Keith since I was a little kid.  I remember being at his house. I remember his wife and their boys.  I remember them being at our house.  I remember Keith worked on my dad’s house and my dad worked on Keith’s for years.  My dad has always had a side hustle and Keith was almost always the guy who he hired when it was a two man job.  Keith was a hard worker. I wouldn’t say I particularly liked  him, but I had nothing against Keith as a kid. I never felt intimidated, I never felt like anything was sexually inappropriate.  I wouldn’t have considered him a confidant, but for all intents and purposes I did consider him safe.  I think that is why it was extra icky.  How long was he holding that in I wonder?

Because I was eighteen and kinda busy, it was easy to avoid Keith in most circumstances.  Not always.  When I moved to Los Angeles, my parents were kind enough to rent a U-haul and help me move into an apartment.  Keith came and helped move. I protested when I heard Keith was helping, but it isn’t like we had a lot of help. I didn’t personally have the option to hire someone. You can’t bite the hand that feeds you, right?

I did put my foot down when it came to wedding guests.  Keith was not invited to my wedding.  My parents of course invited several friends, and they were paying for the whole shin dig. I saw my mom had made a wedding guest list and I crossed Keith and his wife off of it.  I told her “I don’t want Keith there.”  She lamented that dad was inviting his other friends and he felt bad; Keith will feel left out. “Well, Keith probably shouldn’t have told me he expected sexual favors from me all those years ago.” I said with that sass that nobody liked.  Keith had been so helpful when you moved, he is always so helpful to dad. The message I got was Keith felt left out and I should let it go. That comment that I was upset about was four years prior.  At some point I threatened to justice of the peace the whole thing.  I only remember fighting about two things when it came to my wedding; my Dad didn’t want it in a church and he really wanted Keith to be there. I honored our budget and my parents didn’t micromanage anything. It was a nice wedding. Ultimately, I got my way when it came to Keith not being in attendance.  There were comments about Keith being left out leading up to and for years after that wedding. The message rang clear that just like in many other instances in my life; I was kind of being an elitist B.  Whateves, I didn’t have to dance with Keith at my wedding, that was what I was trying to avoid.

I don’t think I have seen Keith since a few months before my wedding.  Harry and I got married more than 15 years ago.  I do hear my parents talk about him regularly.  From what I gather, they work together a lot.  Unfortunately, my parents and I still butt heads on a lot of things still.  On an occasion when my dad was listening to me, I shared the reason why I hated Keith with him. He asked me to please stop talking about him and made it clear that he thought it was disgusting.  The next time he was over I overheard him telling a story about a recent job he and Keith had worked on together.  My dad’s the boss, so he didn’t ‘need’ to work with Keith, he chose to. He has told me more than once “Keith is dependable and he is a strong back.”. All I hear is my dad can work alongside a guy who told his teenage daughter he wanted a blow job from her.  It doesn’t make sense to me, but different strokes I suppose.

This isn’t at all the most dramatic story I have about sexual harassment.  While I have never been raped; I have been grabbed, pushed up against a wall, and purposefully rubbed up against; all without any sort of permission more times than I can count. And, oh the things that have been said. Most of these incidents I never reported. Some I never even mentioned in passing. This crap is expected. Some happened at work, some at school, some were adults, some were teenage boys. The degrees varied on so many levels. Some of them I suppose are worse than this comment made by an adult pervert to someone that he knew was also an adult. I think it is the context of this situation that harbors me back every time I hear something about sexual harassment.

When I boil it down, I wasn’t in any danger.  While I doubt Keith would have turned down what he was suggesting, I 100% believe he would never have forced it.  I am not suggesting at all that he would have.  That being said, the fact that he said it, the time that he said it, the complete lack of reaction from others, and the fact that MY reaction (which was just to put distance between he and I) was just another incident where I was being a pain in the butt, is something that I think is broken in society.

So what do we do differently?  For one, we are teaching our kids that opening a door for someone who is carrying a lot of stuff is helpful and that saying something smart assy is not. Be a nice human and all that. We are raising our kids to respect people, all people. We are teaching our kids that they are worthy of respect, even as kids they are entitled to a certain amount of respect. Our son knows women and girls are to be respected.  Our daughters know that if anyone says anything remotely inappropriate to them that they are to report it.  They all know that every person is in charge of their own individual body and that they have no right to make another boy, girl, man or woman feel inferior or threatened. We are raising our kids to be ‘mouthy’ in the sense that they are allowed to tell people belittling them is not OK.  Big talk for someone with kids under eleven.  Maybe.  I will tell you this though, not one of our friends will ever make a pass at my child more than once. They know they can tell me, and they know I will take it seriously.  Anyway, me too.  We have got to do better.

Until Next Time ~ Kate
Categories:  Family
More posts like this... 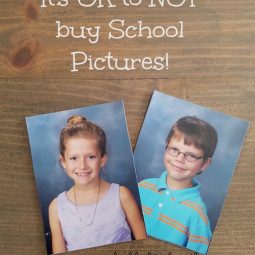 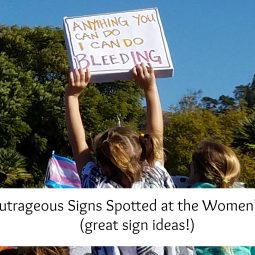 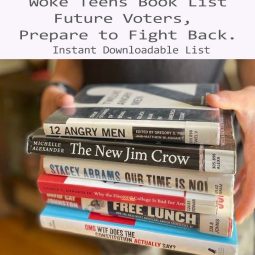