Where to Meet Characters at Disneyland? FREE Printable!

Is there anything better than witnessing the magic on someone’s face when they meet one of their favorite Disney Characters? One of the main reasons we take our little ones to Disneyland is to meet Disney Characters.  There are so many characters to meet and take a picture with. Characters take their time with each guest and love to take photos and sign autographs.  Disney parks are so big that many people miss their favorite character.  Below is a giant list of the characters available to meet at the Disneyland resort in California.  Whether you want to meet Disney characters walking in the park, or splurge on a character dining experience, these tips should be helpful.  We’ve also included a free printable to bring along with you as you plan your Disneyland vacation.

How to Meet Disney Characters at the Disneyland Resort 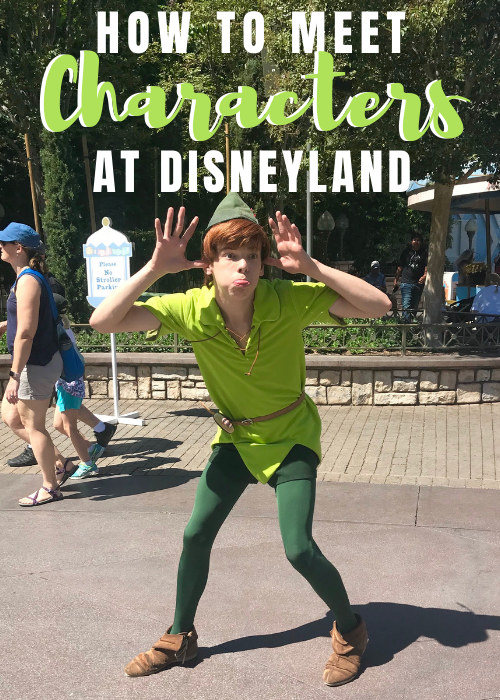 To make planning your next vacation easier, I’ve broken down the guide for meeting Disneyland Characters. You’ll find a list of popular characters and where to meet them, as well as a list of each land and who can be found there with the help of the official Disneyland app.

Hotels Near Disneyland with FREE Parking! 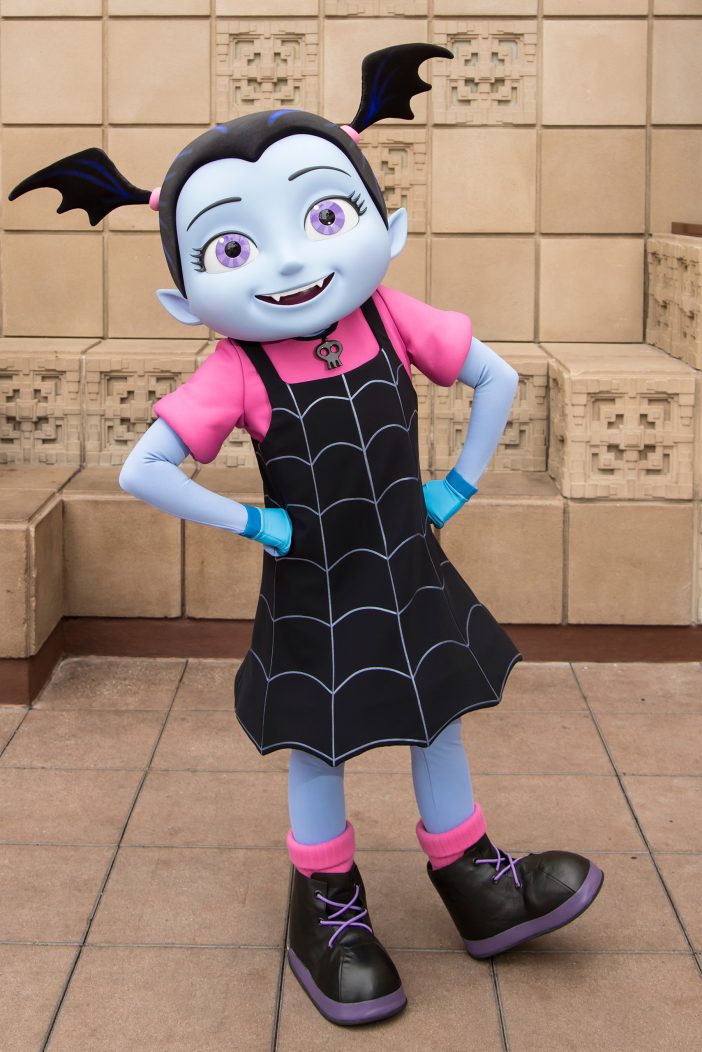 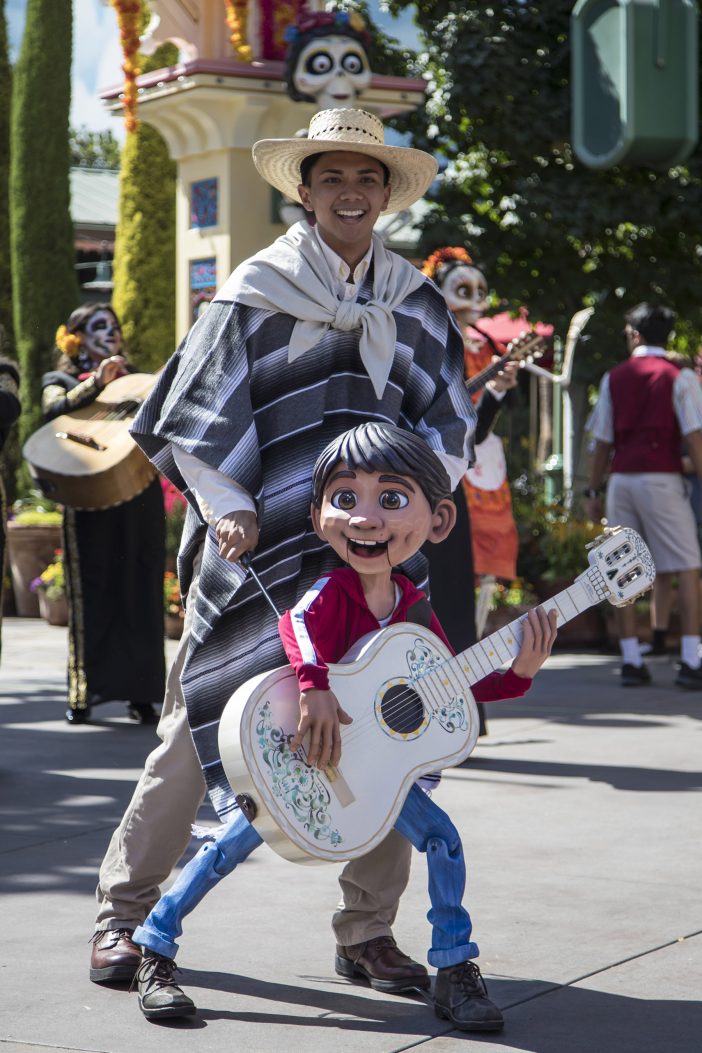 DIY Disney Costumes for your trip to Disneyland! 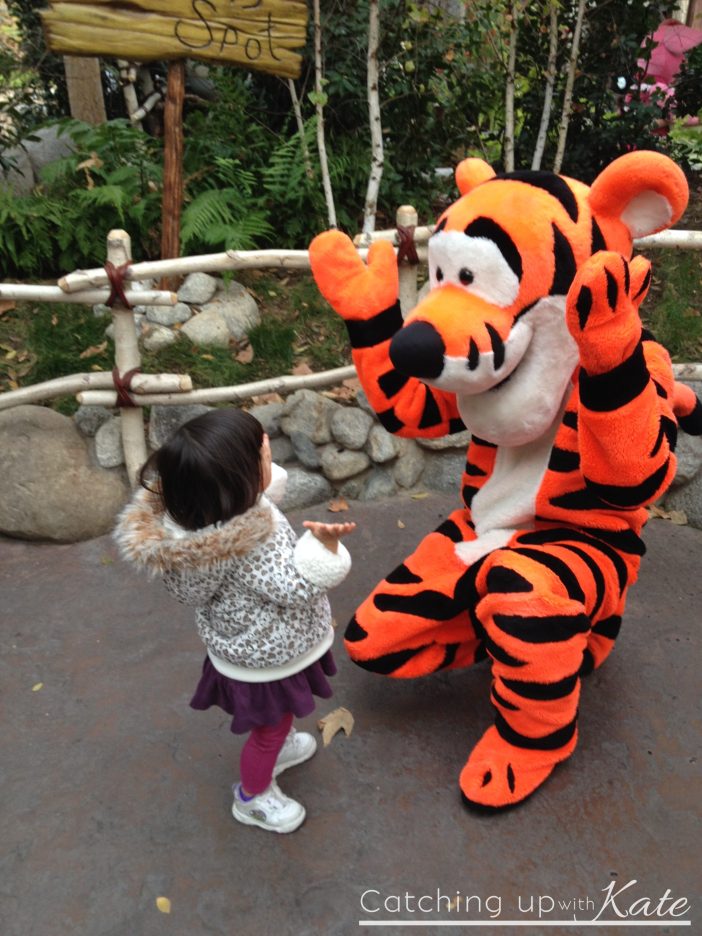 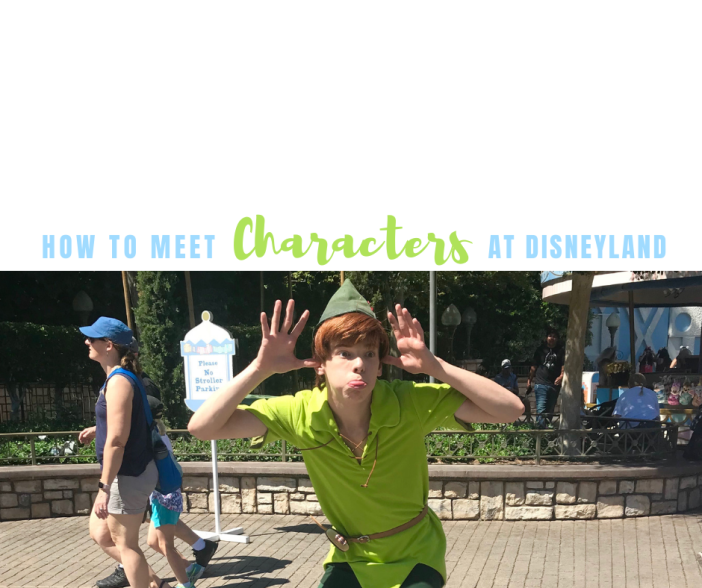 In general, lines to meet Disney Characters are shorter in the morning compared to the afternoon or evening. And don’t worry if you’re waiting in line and you see the Character leave; often times they’re just taking a  quick break and will return in a few minutes. Check the Disneyland app for the next appearance time so you don’t end up waiting when it’s not necessary. While it’s hard to find many of the Princes throughout the Disneyland Resort, you’re more likely to see them in parades. Look for showtimes on the Disneyland app once you arrive in the Parks if you’d like to catch a glimpse of them!

Book with Get Away Today and Save

As always, you’ll save big when you book your next Disneyland vacation with Get Away Today. Plus, they’re full of expert travel advice, like how to meet Disney Characters! Remember to mention Highlights Along the Way sent you when you book a Southern California vacation package. Use code Highlights to save an additional $10 when you combine your hotel and theme park tickets. View all vacations at www.getawaytoday.com or call 855-GET-AWAY for personalized assistance.

Don’t forget to print out your Disneyland Meet & Greet Check list below! 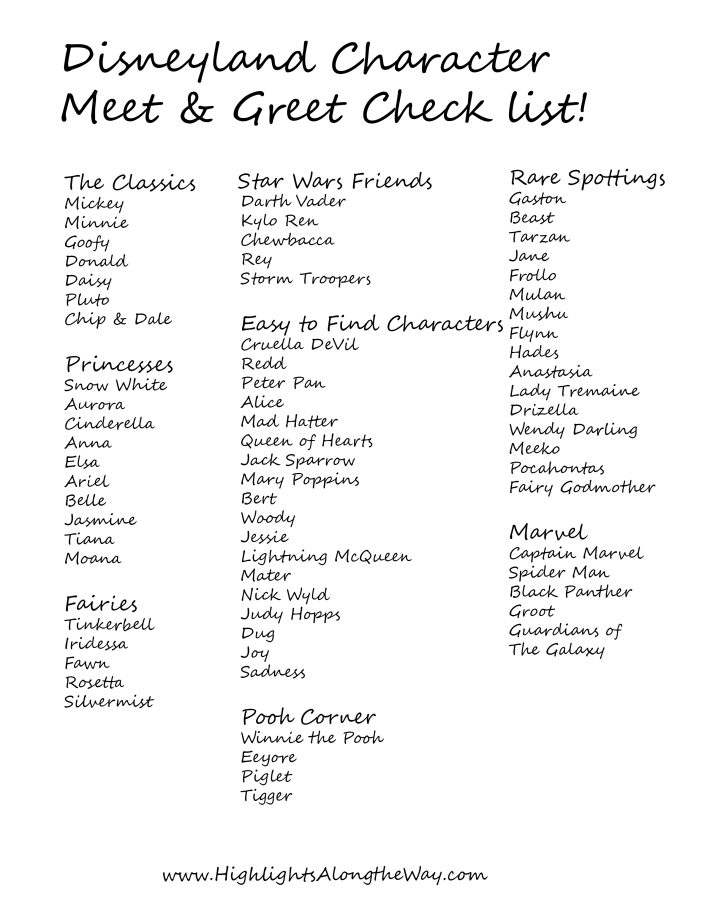