An interview with Rachel McAdams about Doctor Strange

Disclosure: Our interview sessions were part of the Disney hosted #DoctorStrangeEvent press junket. While all expenses were paid, opinions are always 100% my own. This site uses affiliate links.
Share35
Tweet
Pin2
37 Shares 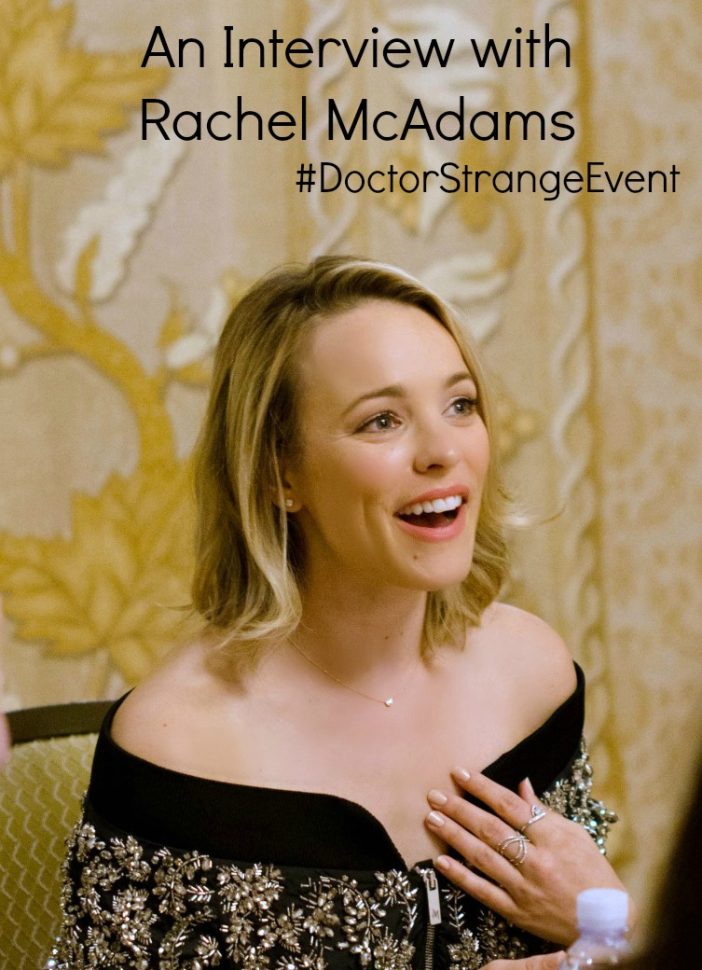 Rachel McAdams plays Dr. Christine Palmer in the newest Marvel movie Doctor Strange.  Doctor Strange opens in theaters on November 4th and audiences are going to fall in love with this cast.  We got a sneak peek of the newest members of the Marvel universe at the #DoctorStrangeEvent press junket.  Our group also had the opportunity to meet with the cast and film makers of Doctor Strange.  We had the pleasure of sitting down with the delightful Rachel McAdams about her role in the film.  Here are the highlights of our interview with Rachel McAdams…. 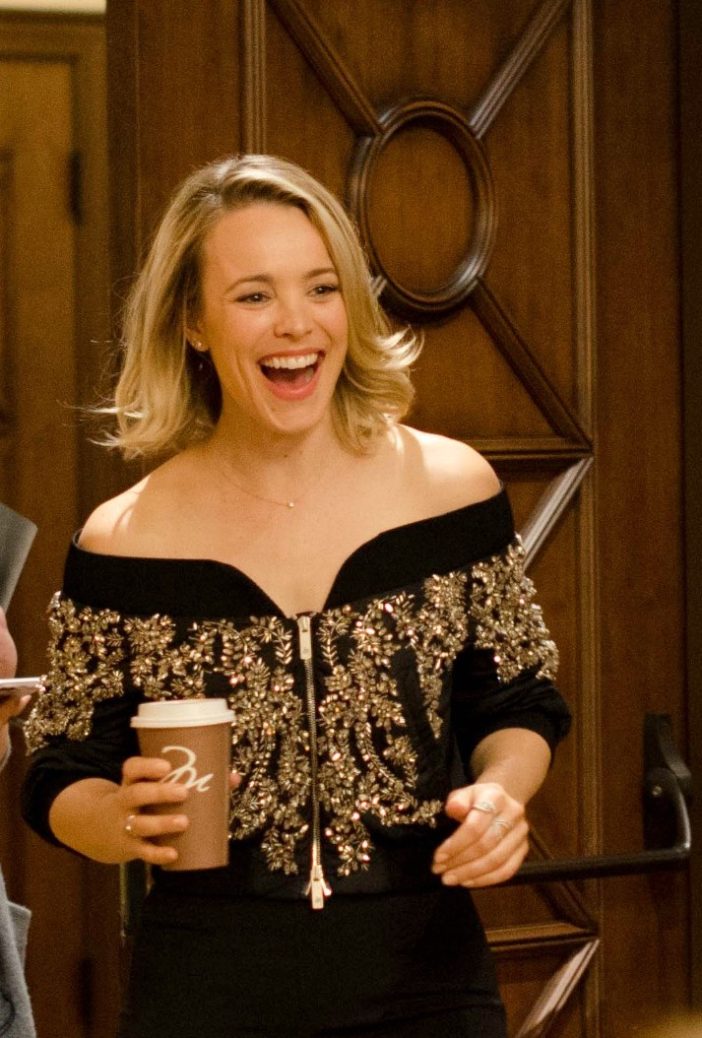 (before we even get started….. can we talk about how cute she is with that sweater?!)

First and foremost, our group wanted to know what it was like to join the Marvel Universe. Her response was perfect.

” It was, it was everything I had hoped for and more really. I assumed I would be working with the crème de la crème really and I was. So it was just great to be in such great hands. And you now just from costumes to everything was just so well done, so beautifully thought through and well-crafted.” She added that a happy bonus was that her character did not have to work much on a green screen. 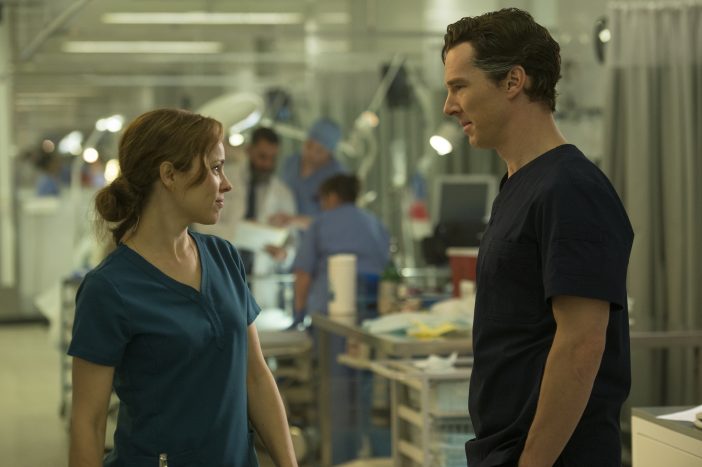 Was she a Marvel Fan before taking the role?  Rachel said she had never read the Doctor Strange comic growing up; that she was more into Judy Blume.

Rachel would need to convince viewers that she was a doctor.  Was there anything she did to prepare for the role?  She shared that there was actually a lot of training that went into her role, and that that her mother is a nurse.

“I’m a little funny when it comes to blood and guts and stuff like that. But, but and my mom’s a nurse so I’d kind of grew up around medicine which is probably why I became an actress instead. But I did get to shadow some amazing brain surgeons, a female brain surgeon in Toronto, another surgeon in London. And then we had a surgeon onset every day. So and he taught me to do sutures and was practicing on turkey breasts, raw turkey breasts.”  She also practiced on oranges which were apparently a little easier to take in her purse than turkey. She said she became obsessed with suturing and did it everywhere.  “It was like, almost like knitting.”

She also revealed during our interview that she has a terrible fear of flying.  She declined an offer to ride along an an Evac helicopter as part of her research. Rachel feared she would faint and for the sake of everyone involved she needed to pass. 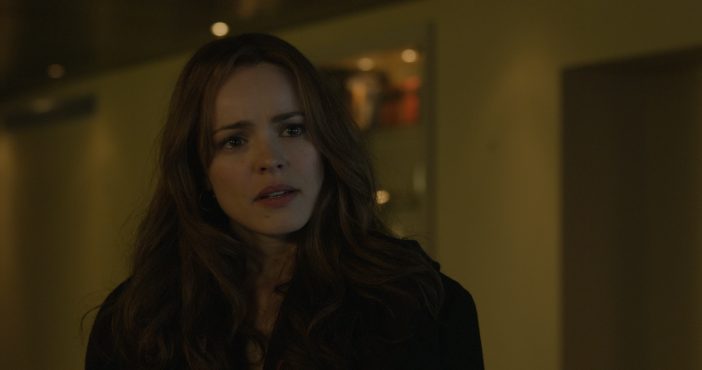 In a world full of fantastic super hero costumes, Christine Palmer’s wardrobe is quite humble.  When asked what she thought of being in scrubs while everyone else was wearing incredible costumes she didn’t give the impression that she felt she was missing out much.  She seemed to like being casual on set.

“I loved it. So comfortable, I got to wear like orthopedic running shoes every day. And you know, like high heels are not, you know the older you get the harder it is to wear them. So I was really grateful for that. And I was a little jealous of the levitation cloak; but I was happy to be comfortable.” 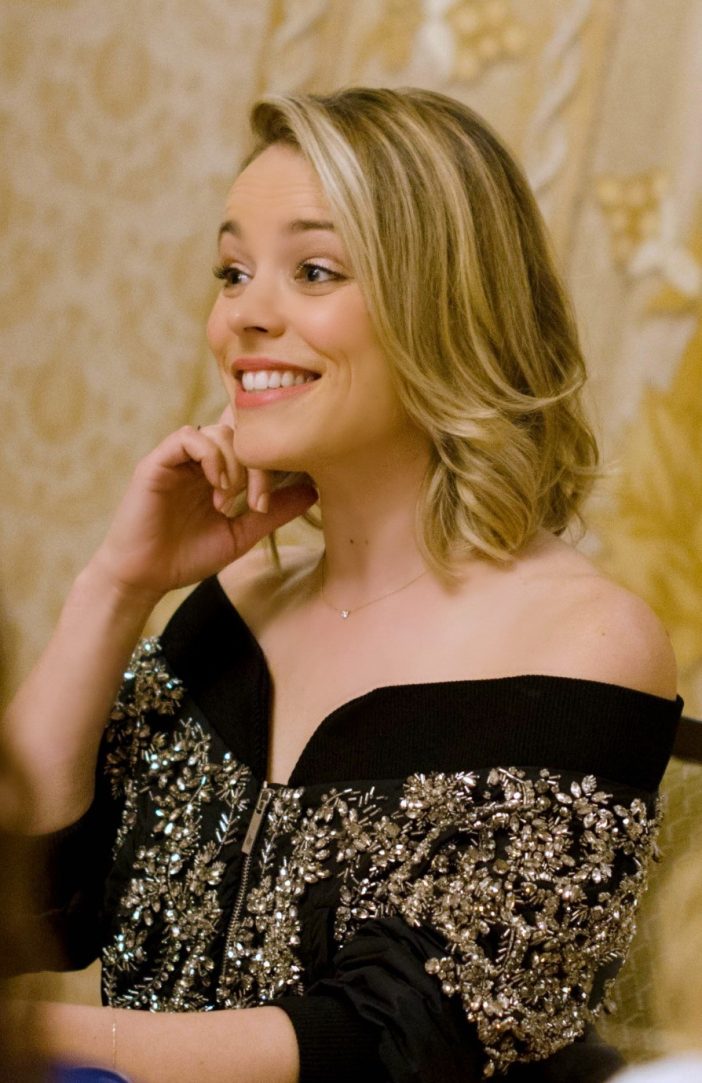 Rachel McAdams had nothing but good things to say about her costar Benedict Cumberbatch.

“Benedict is such an extraordinary actor that you just have to be present with him and it all kind of falls into place.”

“I really hope everyone loves it. I think Benedict is just….. there couldn’t be a more perfect Dr. Strange in the universe that they could have chosen.”

After seeing the film I could not agree more!  Benedict Cumberbatch and Rachel McAdams are perfection in their roles! Doctor Strange hits theaters on November 4th and is rated PG -13.  I am excited to share a full movie review on a later date so stay tuned!  Until then, please check out the Doctor Strange Trailer below.

Thank you to the delightful Rachel McAdams for taking the time to speak with our group! Don’t miss our interview with Benedict Cumberbatch too! 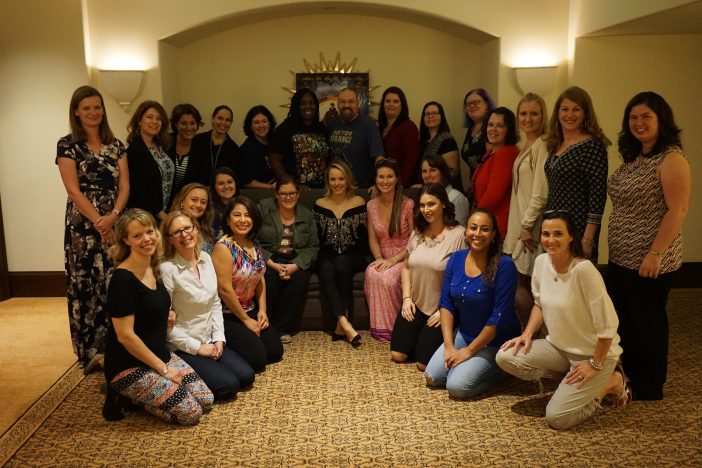 Grab your tickets to see Doctor Strange at a theater near you with Fandango!