The Animators of Zootopia – an Exclusive Interview

Disclosure: I attended a press trip hosted by Disney. Posts were expected but all opinions are my own. Our site also uses affiliate links. When a purchase is made through our links we make a small commission.
Share
Tweet
Pin
0 Shares 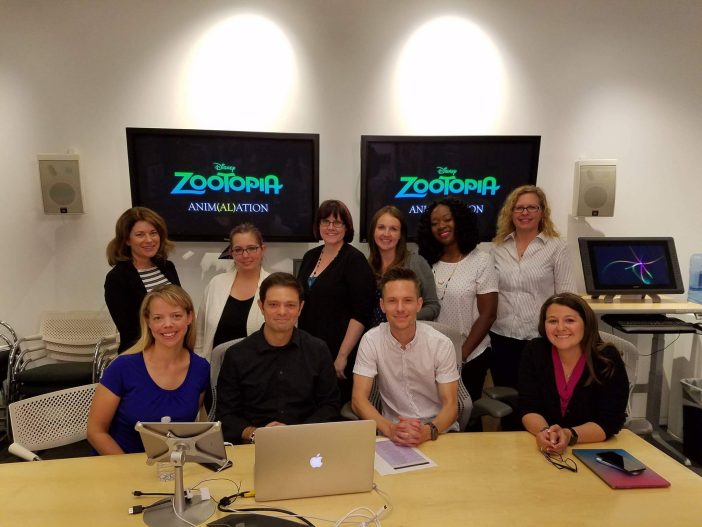 Zootopia comes to Blu-Ray and DVD in just a few days!  Today I am sharing the highlights of our interview with just a couple of the animators of Zootopia.  Last week I was able to sit down for an exclusive interview with head of animation Renato dos Anjos and animation supervisor Chad Sellers about their work on Zootopia.  Zootopia is a movie that was full of classic Disney animated magic, but also with such strong things to say about society today.  I loved the movie the first time I saw it, but the more I hear from the makers behind the magic, the more I appreciate it.

Renato dos Anjos shared that one of the many resources they used was the Disney animated classic, Robin Hood.  He said that some of his favorite animators of all time worked on this film. Like Zootopia, Robin Hood features animals wearing clothes and walking on two legs.  Renato said that it was important the Zootopia still looked different and not just copy of movies from the past. Renato and Chad shared that the team committed very early on to make sure animals were much more to scale than in previous movies.  In the past, they explained an animated cartoon that featured multiple animals would ‘cheat’ the larger animals down and the smaller animals up significantly.  They said the scale was a challenge, but made all the difference!

The attention to detail is really fascinating.  There are 64 different species in Zootopia, and each one has been given special attention.  Each animal has different skin and hair, and even different types of clothing based on that particular animal.  You will not find the same kind of hair on a fox, bunny, or polar bear – they are all unique to the animal.  While the animals are walking on two feet and wearing clothing, it was important to keep their animal behaviors.  Herd animals are often shown in herds for example.  They also noted that while humans bring food to their mouths, animals tend to bring their mouths to the food – viewers will notice this is how characters in Zootopia eat as well.

The attention to detail is really what makes this fantasy world of Zootopia seem believable.  Hearing the animators share about everything from fur to environment to the gate of certain animals showed that they were committed to making Zootopia something special.

If you haven’t seen the trailer for Zootopia (or if it has been a while) – check it out!  The link to purchase is below!

You can preorder Zootopia now on Amazon (on sale!) – it comes to Blu-Ray and DVD on June 7th – just around the corner…..

Thank you so much to animators Renato dos Anjos and Chad Sellers for taking the time to share your craft with our readers!  We are so thankful for your vision and talent.

*Images are by Disney and used with permission*