Disclosure: I attended a press trip hosted by Walt Disney Studios. All expenses were paid, but opinions are my own. This site uses affiliate links. When a purchase is made through our links we make a small commission.
Share
Tweet
Pin1
1 Shares 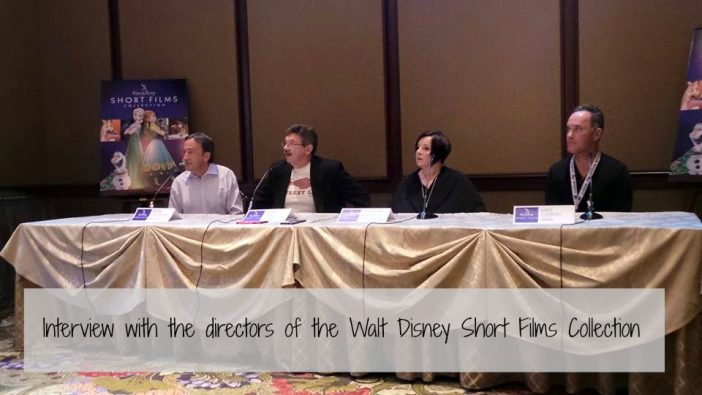 Animated shorts are a tradition as old as Walt Disney Studios (and even older actually).  An animated short tends to run about 6 – 8 minutes and they are often used to experiment with new technology that animators and directors are hoping to use in a feature film in the future.  This weekend I sat down with some of Walt Disney Studios top animators and directors to talk about the animated shorts they have worked on over the years that are now part of a new collection on Blu-Ray, DVD, and Disney Movies Anywhere called Walt Disney Animation Studios Short Films Collection.

The animators we sat down with shared with us for about an hour about how special it was to be a part of the Walt Disney Magic.  All had stories to share of how regular people have told them that a movie they worked on spoke to them in a way that helped them through life.  They spoke about carrying on the Disney legacy that is traditions, storytelling, and innovation. Our family had watched the short films collection already but I have an even deeper appreciation now that I have sat down with the creators.

This new collection includes the following animated shorts : “John Henry,” “Lorenzo,” “The Little Matchgirl,” “How To Hook Up Your Home Theater,” “Tick Tock Tale,” “Prep & Landing: Operation Secret Santa,” “The Ballad Of Nessie,” “Tangled Ever After,” “Paperman,” “Get A Horse!”, “Feast,”  & “Frozen Fever” 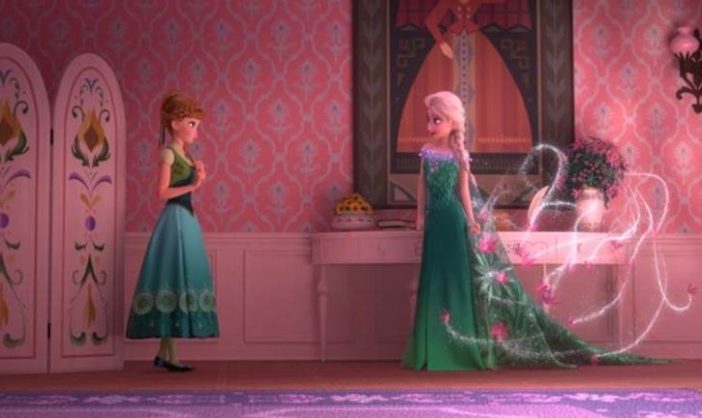 Our kid’s favorites were Tangled Ever After and Frozen Fever, but I personally loved The Little Matchgirl (spoiler alert, it is sad…. but bittersweet), and John Henry (also sad…. but inspiring).

Keep in mind that if you are signed up for Disney Movies Anywhere you can input your Disney Movies Rewards code after you purchase your movie and the collection is automatically on your tablet or phone as well – totally free!

Here are some fun things I learned while in our interview….

If you would like to purchase the Walt Disney Animation Studios Short Films Collection you can purchase below through Amazon….