Disclosure: I attended an all expenses paid trip to Disney Studios where I met Floyd. While posts were expected as part of this trip, opinions are my own.
Share
Tweet
Pin
0 Shares

101 Dalmatians is back out of the Disney vault!  101 Dalmatians is a Disney classic from the 1960s and true animation treasure!  101 is a Classic for sure, but so many people don’t realize it was truly revolutionary for it’s time.  While Disney was known for ground breaking animation techniques from the very beginning (first with sound, first in color, first feature length, etc, etc) not many people know how 101 Dalmatians was the first to use Xerox and it likely saved Walt Disney Animation Studios!  At least that is what my new friend Floyd Norman said when we all hung out that one time. 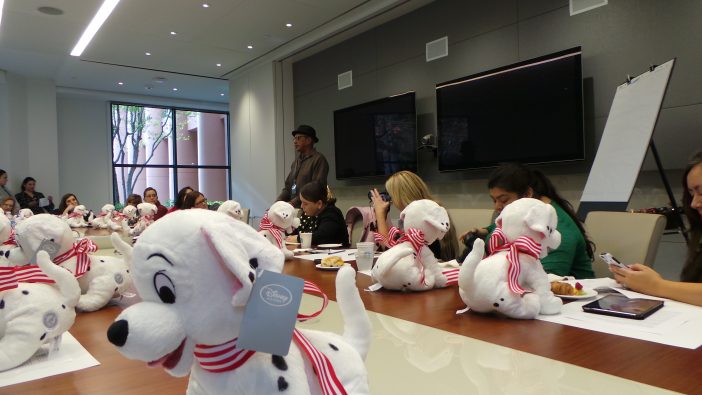 look at all those puppies! 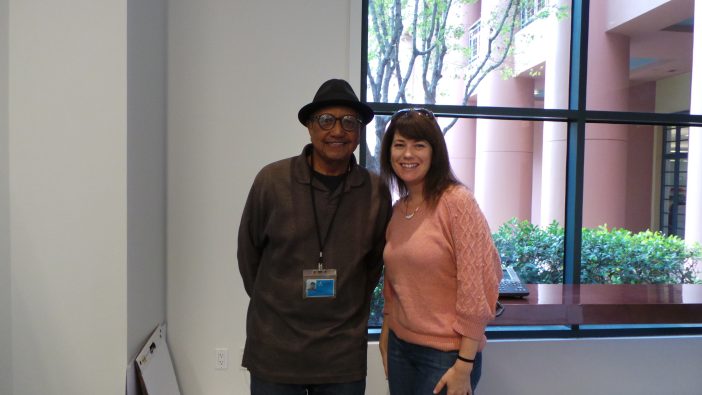 Floyd Norman is kind of amazing – he is humble but has had an incredible life and shared some extraordinary stories!

Here are some fun facts about Floyd Norman……

“Today work is more like fun, I get paid to play.”  says Floyd Norman of still working at Walt Disney Studios today.

Some fun facts about 101 Dalmatians…..

Now since you weren’t able to be there with me, I asked if I was able to take video of Floyd’s drawing for my Animation loving friends and they said “Yes!” – yay!  Below is a quick video of Floyd making it look easy!

Do you have a little animation buff in your house?  Check out these downloadable 101 Dalmatians printables!  Learn how to draw Cruela from a real live animator.  Learn fun facts about how Xerox revolutionized the animation industry!  And lots more!

If you do not have 101 Dalmatians (or you have it on VHS like we did) I highly suggest adding this classic to your collection!