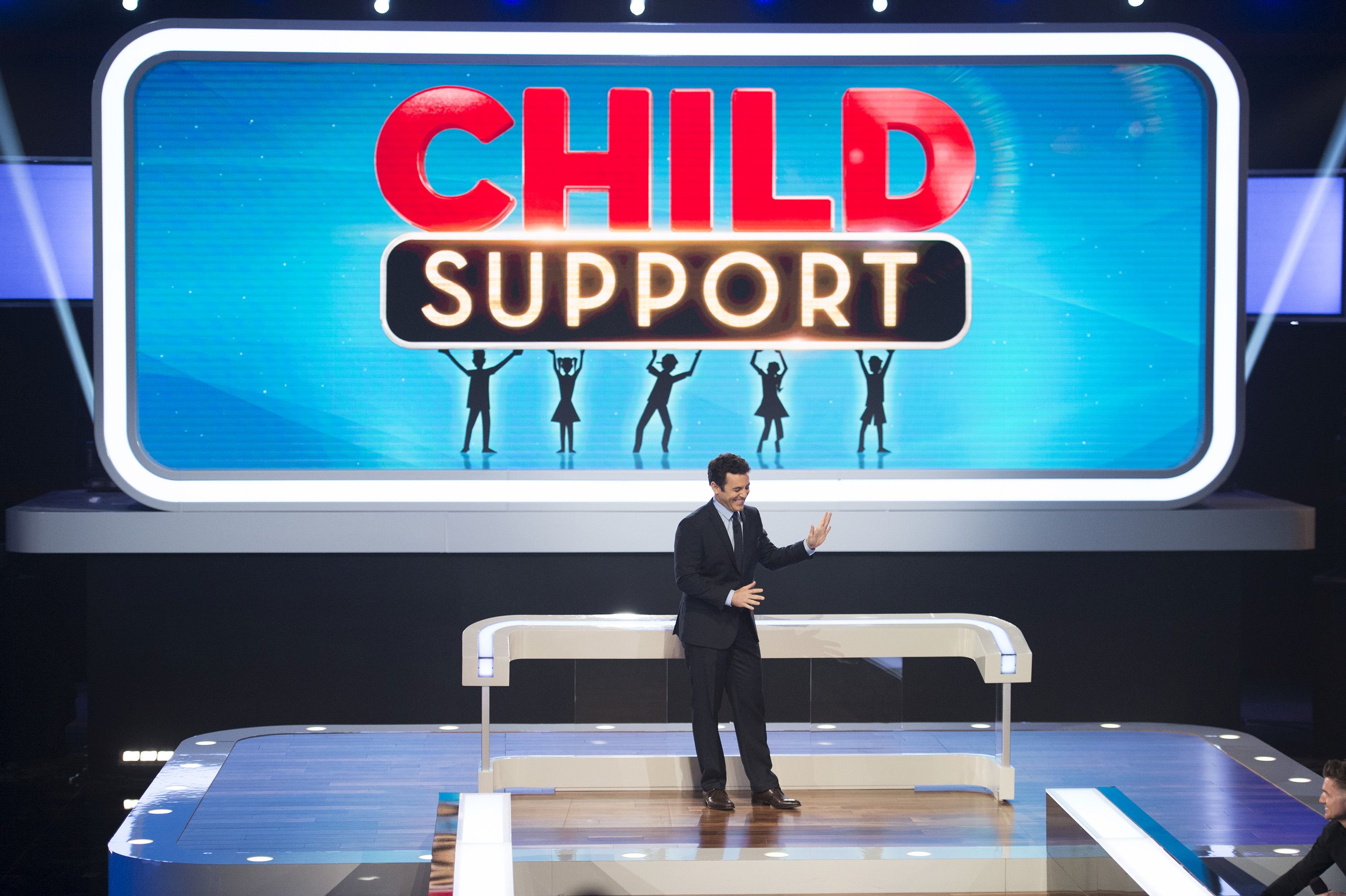 CHILD SUPPORT – “Episode 101” – Monica of San Diego, California, and Martin of Orange County, California, will each try to answer 10 questions correctly in order to win the ultimate prize of $200,000. If they answer incorrectly, the contestants will have a chance to be saved by a group of kids being asked the same question by comedic mastermind Ricky Gervais, on the series premiere of “Child Support,” FRIDAY, JAN. 5 (8:00-9:00 p.m. EST), on The ABC Television Network. (ABC/Lisa Rose)
FRED SAVAGE

There is a new game show on ABC and it’s name is sure to raise some eyebrows.  Not to fear, Child Support is actually the perfect show for the whole family to watch together.  Child Support premieres tonight on ABC at 8pm.  I was curious to hear about what this show is all about and I quickly became a fan. Show host Fred Savage sat down and spoke with us after we were able to enjoy an exclusive screening, these are the highlights of that interview.

Child Support is a funny new game show that involves kids and adults.  Comedian Ricky Gervais has hilarious interactions with five children who of course have hilarious answers.  The show is hosted by Fred Savage.  Adult contestants have the opportunity to win up to $200,000 by simply asking questions.  If the contestant cannot answer correctly on their own, they pass to the kids.  If the panel of kids knows the answer they can ‘support’ the player and keep them in the game.  I honestly laughed out loud throughout the whole show and plan on watching it with our kids once it airs!

Before we get too far into this, can someone please figure out how to call twelve year old me and let her know that one day she gets to interview Fred Savage, that would be great.  Let her know that he is all that one might think Kevin Arnold might grow up to be. He was charming, humble, and engaging.  We are best friends now, let her know this.  Maybe not like best friends, but pretty good friends. Ok, we haven’t actually talked since that interview, but I feel like we would be friends.

OK, back to the interview and review of the show Child Support….. 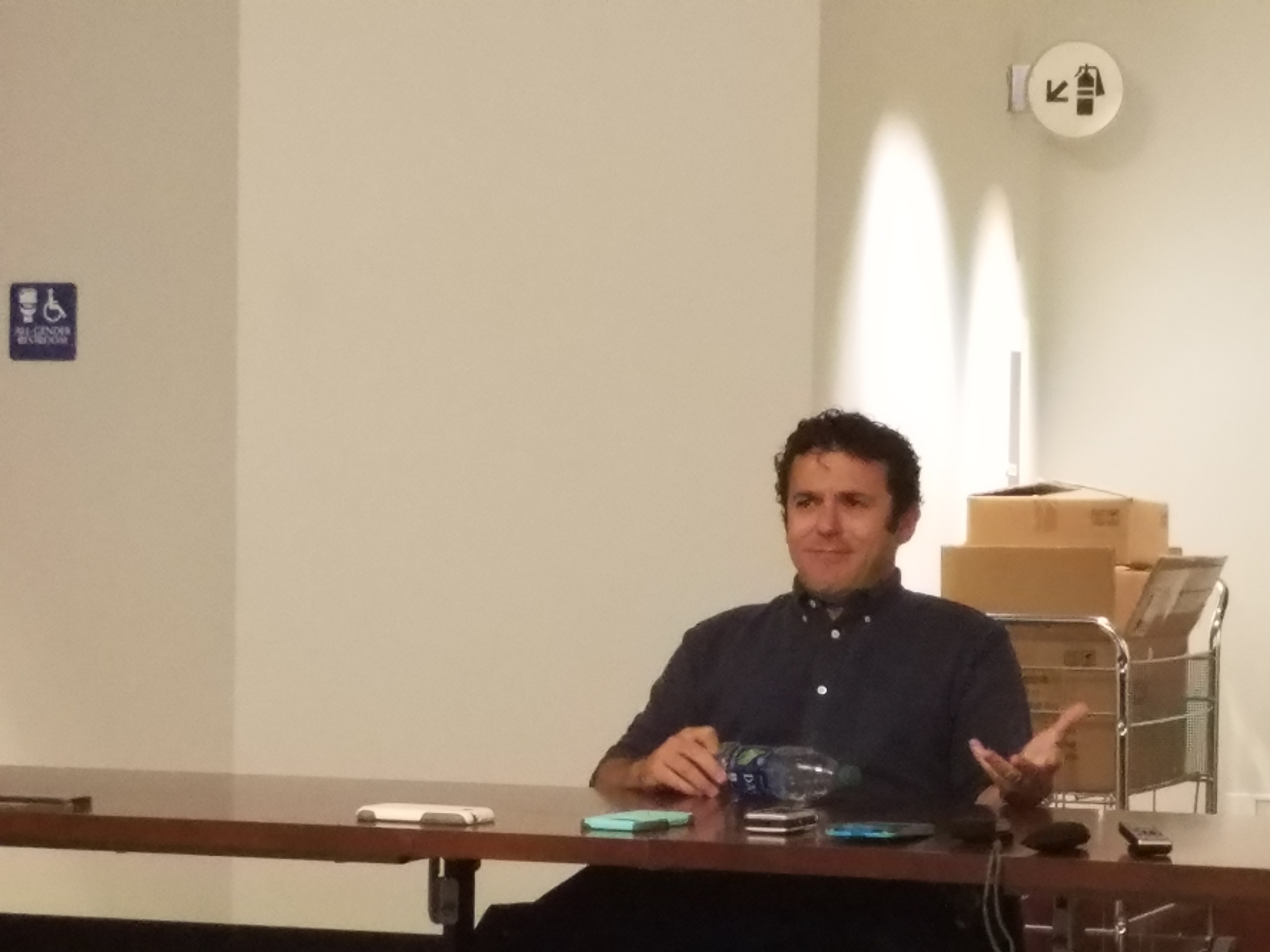 The game show is actually a really fun concept despite the eye raising name.  The show features adult contestants that answer trivia questions in the hopes of winning up to $200,000 in prize money.  If they cannot answer the question on their own, they have the chance to be saved by a panel of kids that have been asked the same question.  Fred Savage works with the adult contestants.  Ricky Gervaise works with the kids to see if they can save the day by supporting the adults.

Here are some of the things Fred had to say about the show :

When asked how being a father impacted him being the host on this show he had a lot to say.  If you are wondering if this is truly a family friendly show, I think you will like his answers. It was really important to Fred, as a father first that the show was perfectly wholesome as well as respected the kid’s innocence.

“It definitely reinforced this idea that  kids know a lot of stuff.  Like, stuff you would never anticipate and stuff that they probably don’t even know they know, so in that respect, it just kind of reinforced that element of what you know about your kids. , but I think going into it, I (thought it was) something I would want to watch with my kids, I wanted to make sure that  it was appropriate.  You know what I mean? 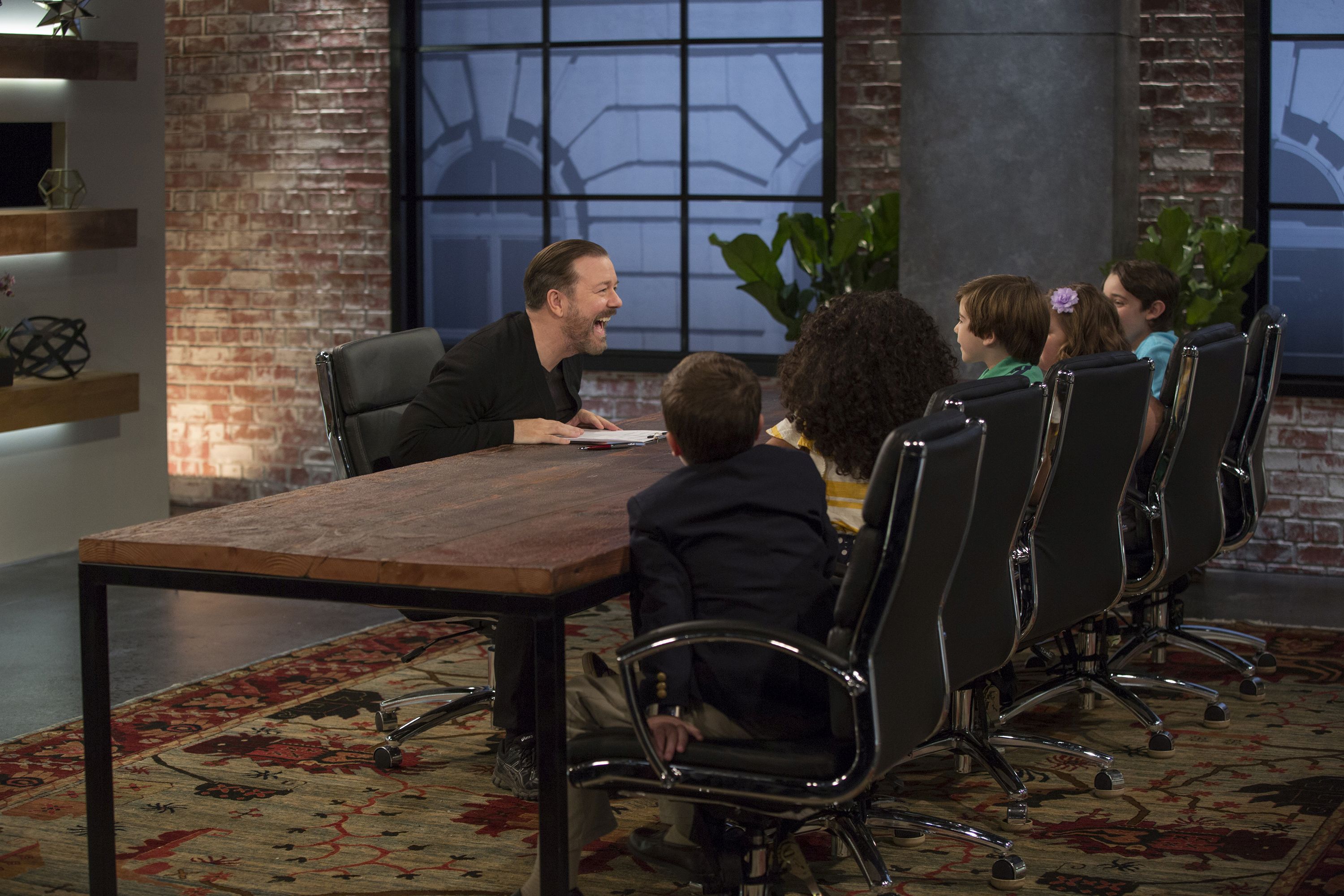 That it was not a lot of kind of ‘winky winky’ innuendos and entendres and a lot of times I think we all watch stuff that is for families, but it’s all like, they get a lot of comedy, you know, out of like, ‘Isn’t it funny that you get the kids to say inappropriate things in a way that’s, that they don’t, they’re, they’re ignorant of.’ and I don’t think that’s funny.

As someone who works with kids, I don’t think it’s funny to take advantage of their innocence or naiveté to get comedy. As a parent, I think that innuendo is still treading in kind of inappropriate water, so I wanted to just make sure going in, and obviously Banijay is the company and they were totally on board.  They’re like, “No, no, no.”….. as a  parent, I wanted to make sure that we weren’t getting comedy out of entendres and suggestive things that kids shouldn’t be talking about, so I can safely say that there was none of that. This is definitely a family show and it’s something I want to watch with my kids. I feel like the stuff I work on is pretty safe.”

He shared that was nearly a year ago, but he is very excited to see the show. He was tight lipped about how much people made or if anyone made the the full $200,000; but he did say several people walk away with a lot of money. I can’t wait to watch! 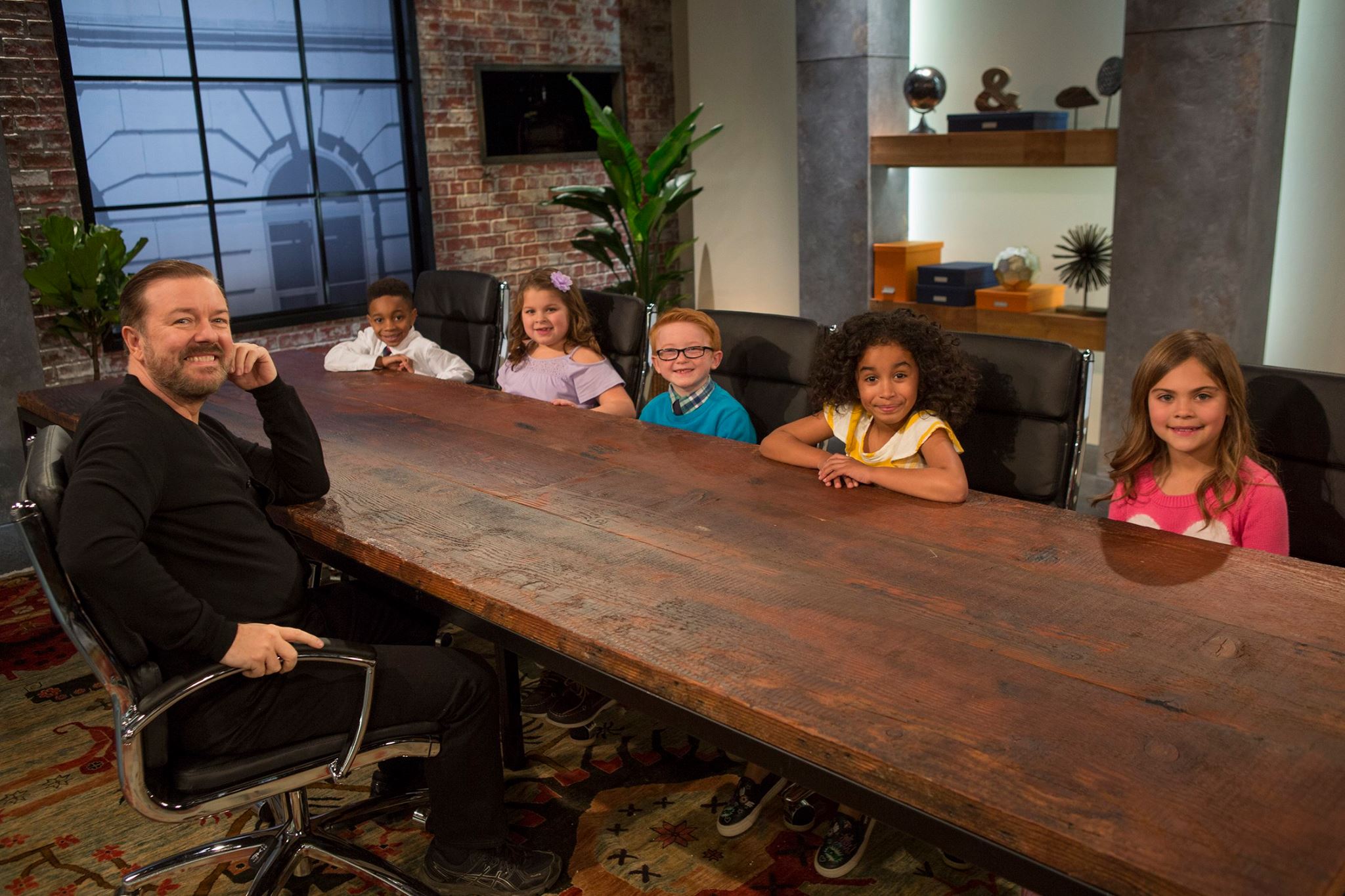 When asked if he worked closely with Ricky Gervais, he had a surprising answer. He shared that they never worked together in person, and only really spoke on the phone.

When I first came aboard, we spoke on the phone and then we talked before I started shooting and we talked afterwards. I haven’t met him actually, but he was really great and, I had never done anything like this and so, you know, he was good with some words of encouragement. Right before we started shooting he said  “Just don’t censor yourself. Just be who you are.Iif you’re excited, be excited.  If you’re upset, be upset. Be unfiltered.”

When asked what his favorite part about hosting Child Support was, Fred Savage had a great answer.

“I just enjoyed it. I had so much fun…..I really have this inner game show host just dying to come out that I didn’t even know it was there.” 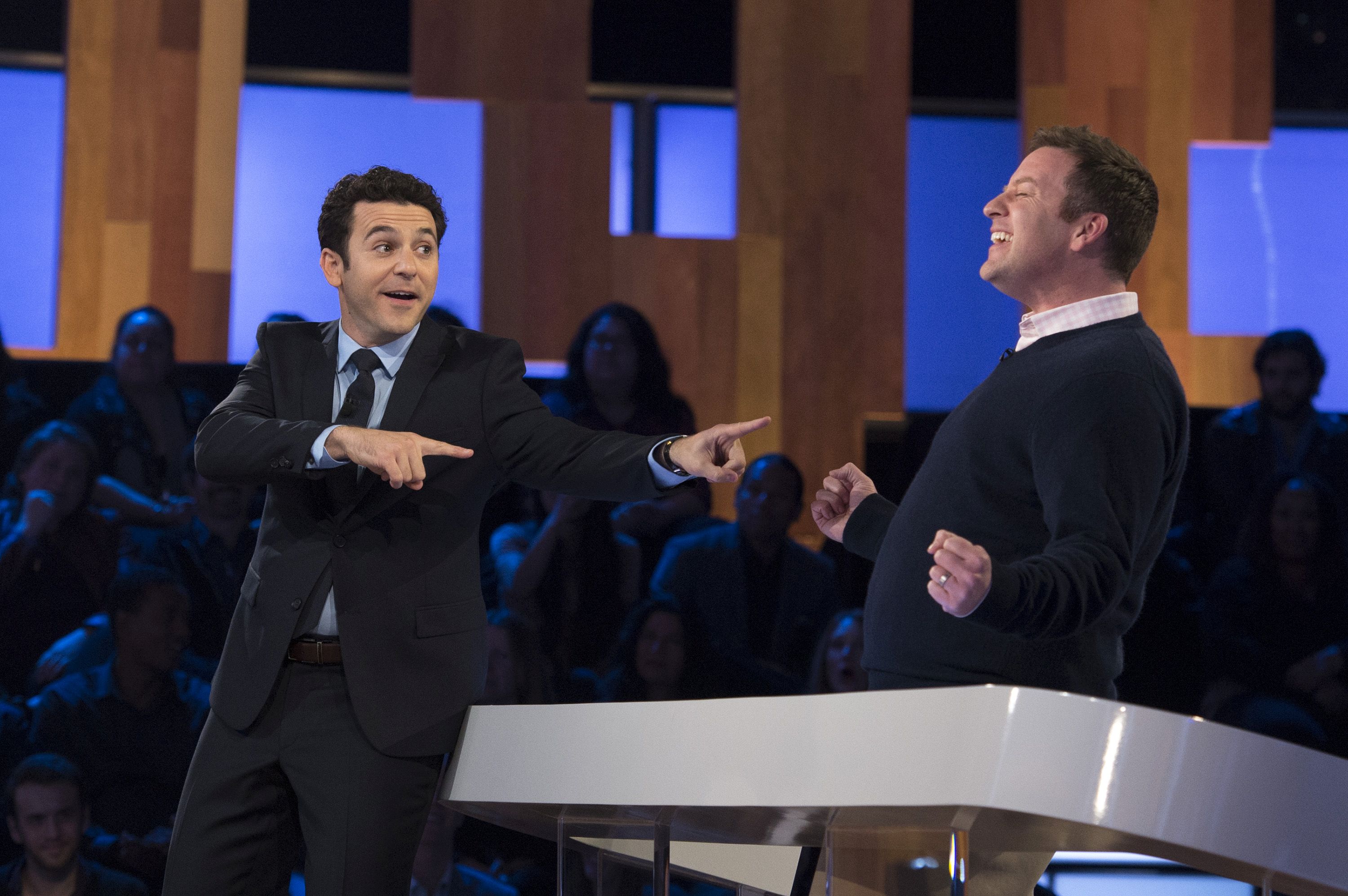 He was asked the question that I think so many grown child actors are asked. “Would you let your kids work in the business if they were interested?” His answer was thoughtful and well rounded.

“They are, it’s interesting.  They are, in one way or another, all my kids are just kind of like natural performers.  My daughter especially and she loves an audience.  They’d like to see themselves on television. If they really wanted to do that, and like go out and audition, I would be totally supportive. I had a very positive experience and I would support that.  Also, I also know that world a lot more.  Like, if they wanted to be on my traveling league team, I have no idea what that world looks like, how to support them, how to protect them, what that is.  Like, this world as, I know it sounds so weird, but I’m comfortable in this totally uncomfortable world.”

And then he asked what we thought of the name of the show. He really wanted to know what us as parents and viewers thought of a show named “Child Support.”  “It’s like it’s not something that anyone has a positive association with that phrase.” The group agreed that it kind of took everyone off guard at first, but that it also invited us to take a second look.  The name “Child Support” for a game show raised some eyebrows, but it sure got our attention.  We all agreed that it is a very clever play on words and the children do support the contestants, so it really is very well named. He joked that our conversation wouldn’t change the name of the show, that is done, but “This is more about just making me try to feel a little better about this.”

It was such an awesome experience to sit down and hear about the show Child Support and enjoy an early screening. The show is fun and light hearted. It is a welcome new show for our family this year and I can’t wait to enjoy to watch it tonight!

And I will leave it at this.  Day made. 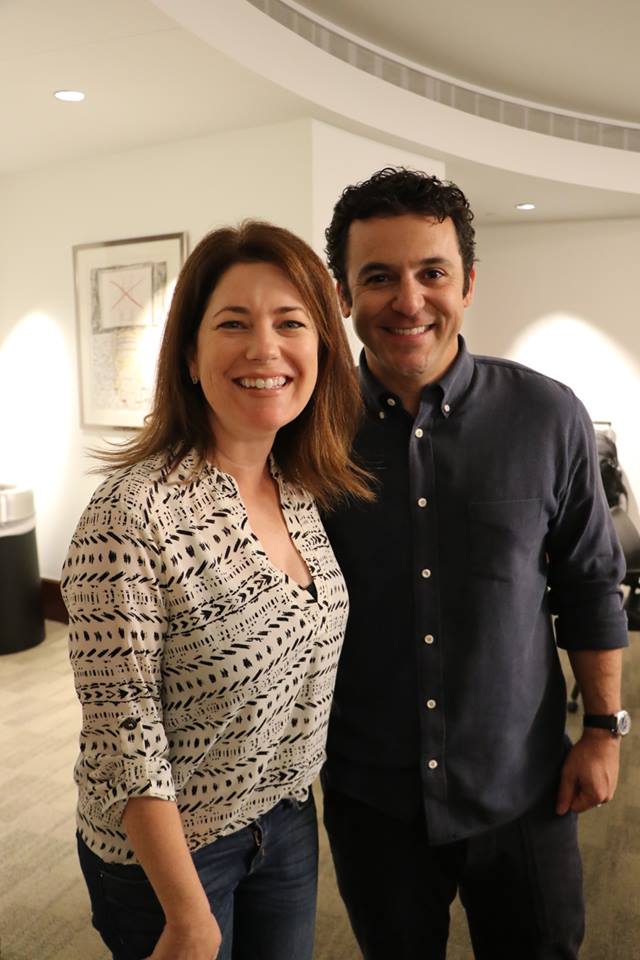 Thank you to Fred Savage for taking the time to speak with us, we cannot wait to watch your show as a family! Child Support featuring Fred Savage and Ricky Gervais will make it’s debut TONIGHT, January 5th at 8/7 central.